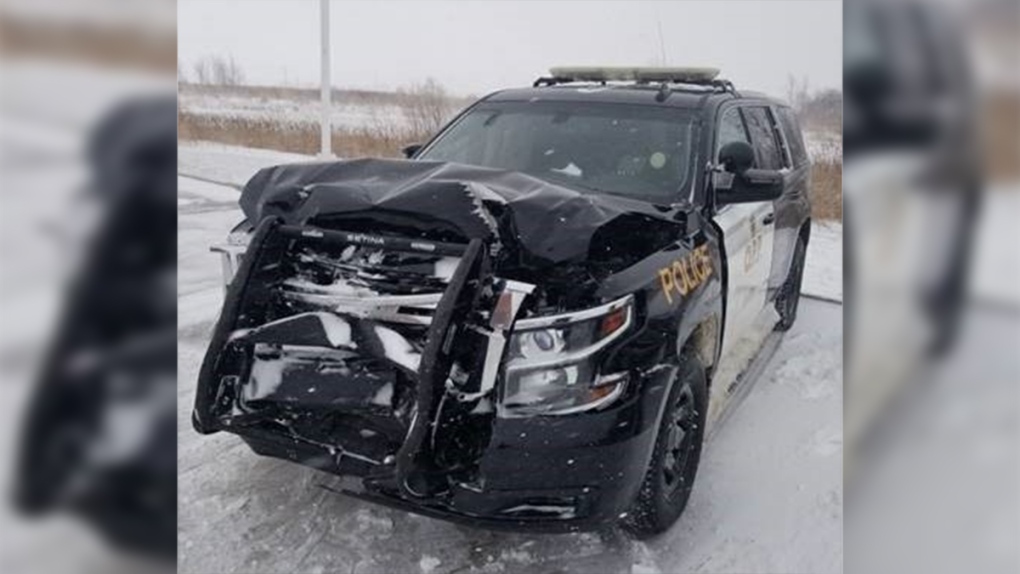 WINGHAM, ONT. -- Two unoccupied OPP cruisers have been damaged after being hit by drivers in stormy weather.

The most recent collision happened on Bruce Road 23 near Tiverton, Ont. on Friday morning.

The officer was out her vehicle checking on a driver in the ditch when her cruiser was hit head-on.

Luckily, no one was injured, but the cruiser suffered significant damage.

The other collision happened near Lucan Thursday afternoon.

There were no injuries in that collision, but significant damage was done to the OPP vehicle.

Some photos of this morning's collision on Bruce Road 23 near Tiverton. The officer was out of her vehicle checking on a driver in the ditch. ^dr pic.twitter.com/iGbI5o6PrF