Two drivers charged with racing, one clocked at double the 100 km/h limit 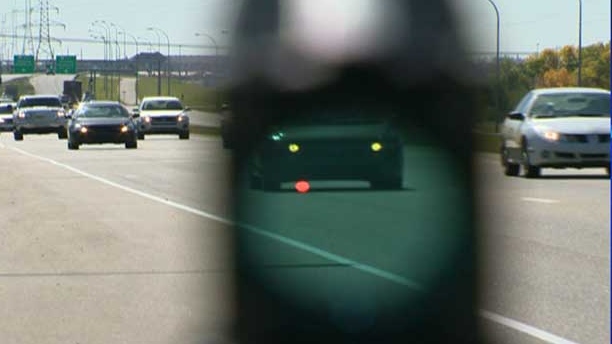 Middlesex County OPP have seized the licences and vehicles of two drivers after traffic stops where they were clocked at 103 km/h and 70 km/h over the limit.

Police say shortly after 10 a.m. on Thursday, a Chevrolet Camaro that was westbound on Highway 402 near Westdel Bourne was found to be travelling at 203 km/h.

The driver, 38-year-old Randall Wilcox of London, has been charged under Ontario's stunt driving legislation.

Also on Thursday, around 2:45 a.m., police say a vehicle was stopped allegedly travelling at 70 km/h over the speed limit on Oxford Street in London.

After stopping the vehicle, the driver was also found to have allegedly been drinking, and additional tests were peformed at the OPP detachment.

As a result Benjamin O'Donovan Schalk of Middlesex Centre has been charged with driving with more than 80 mg of alcohol in his blood and race a motor vehicle.

The licence of each driver was suspended and their vehicles impounded for seven days.

Both are scheduled to appear in court in June.