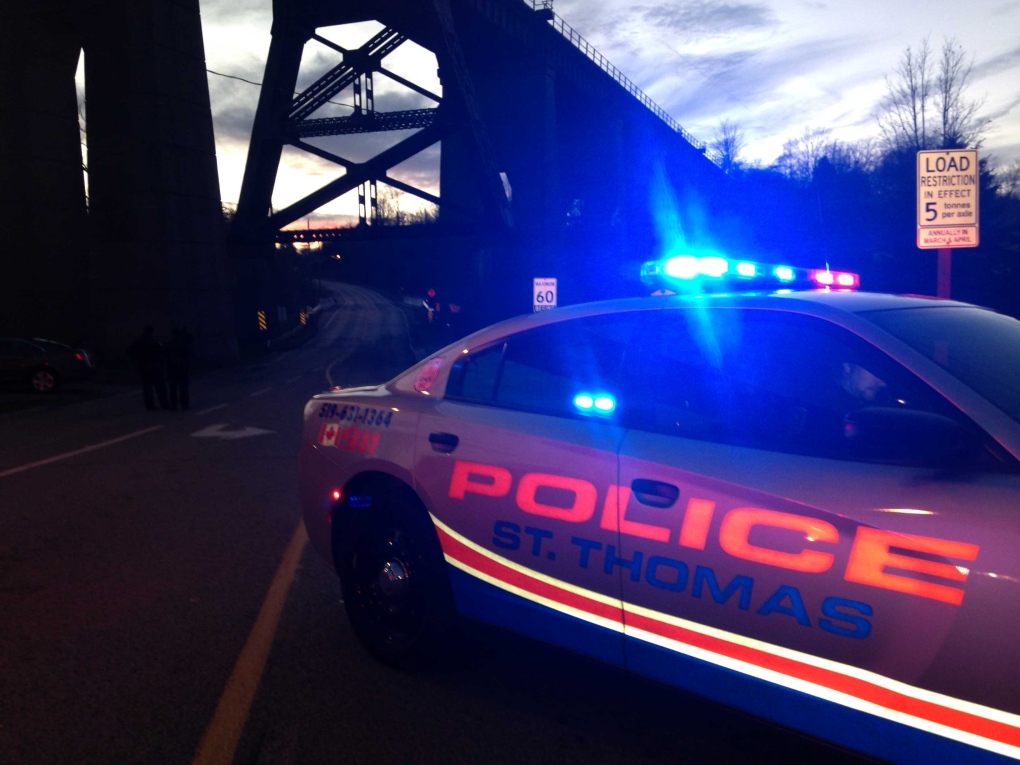 Two people have died after falling from the south side of the old rail bridge in the west end of St. Thomas.

Emergency crews were called to the area of Fingal Line and Sunset Drive just after 4 p.m. Monday.

Witnesses tell CTV News that both people landed on the pavement below the bridge.

Officials say the two people involved were adults who succumbed to their injuries after the fall.

St. Thomas police remained at the scene on Monday evening to investigate and the Coroner's Office was called in, but foul play is not suspected.

Fingal Line was closed west of Sunset Drive for several hours for the investigation.

The bridge is in the process of being converted to an elevated park.