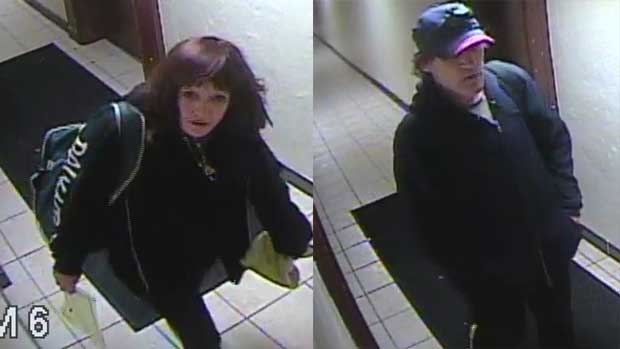 London police released these images of two suspects sought in a break and enter at an apartment building on Gordon Avenue.

London police are thanking the public for their help identifying two suspects sought in a break and enter at a Gordon Avenue apartment building.

Investigators had been looking for a man and woman who allegedly broke into the complex's laundry room in an attempt to steal coins early Thursday.

Officials reportedly say tips came in from citizens shortly after news of the break and enter was shared by media.

As a result, 43-year-old Lisa Griffiths of Sarnia and 49-year-old Michael Ryan of no fixed address, have been charged with break and enter and possession of break-in instruments.