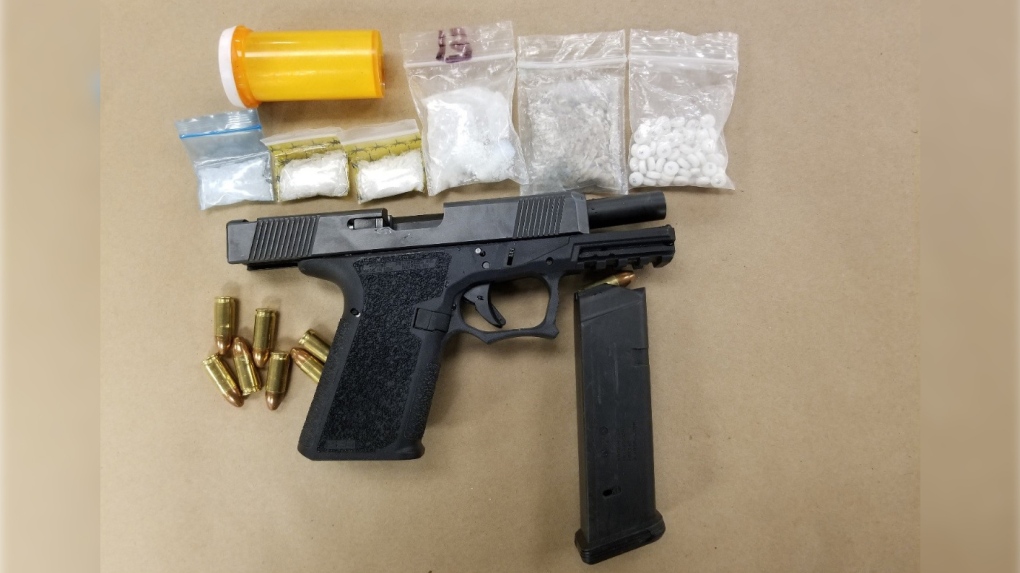 A handgun, ammunition and drugs seized from a Mornington Avenue apartment are seen in the photo released Tuesday, Nov. 6, 2018. (London Police Service)

London police say two men have been arrested and a handgun and $9,000 in drugs seized from an apartment where the rightful residents had allegedly been forced out.

The residents contacted police on Monday to report they had been threatened several times and forced to leave the apartment.

The 43-year-old is also charged with five counts of uttering threats and failing to comply with recognizance.

The 55-year-old also faces three counts of uttering threats, pointing a firearm, possession of a loaded restricted firearm where prohibited and carrying a concealed weapon.