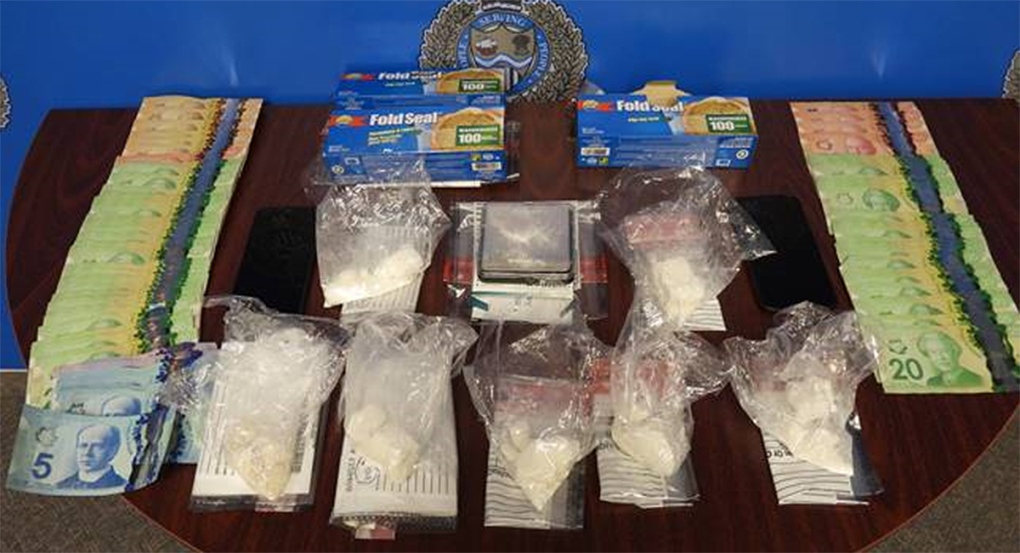 Cocaine, cash and other items seized by the Sarnia Police Service Vice Unit are seen in this image released by police on Monday, Dec. 6, 2021.

Sarnia police have seized more than $20,000 in drugs and cash after a trafficking investigation.

On Friday afternoon, officers conducted a traffic stop in the area of Nelson Street and Maxwell Street and searched the vehicle of two suspects believed to be trafficking cocaine in the city.

Both suspects were taken into custody without incident.

Officers later executed a search warrant at a local hotel where the suspects were staying.

As a result, a 25-year-old Barrie man has been charged with possession of a Schedule I substance for the purpose of trafficking and two counts failing to comply with a release order.

A 42-year-old Sarnia man has been charged with possession of a Schedule I substance for the purpose of trafficking.

He was released pending a court appearance in January 2022.