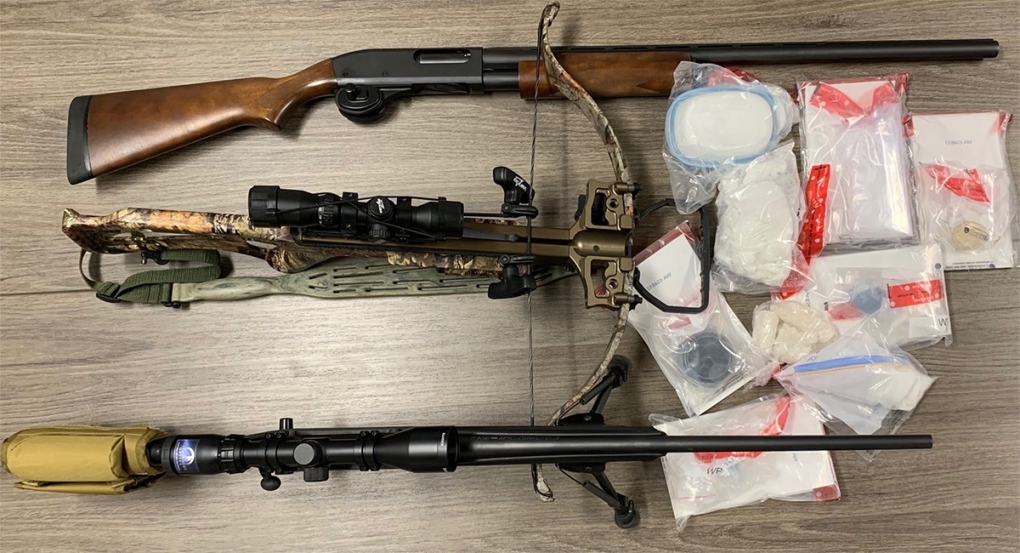 Drugs and weapons seized in St. Thomas, Ont. are seen in this image released by the St. Thomas Police Service.

Police say the drugs and weapons were destined for the city's streets and were seized following an investigation that began in the fall.

During a traffic stop early Thursday on Wellington Street, police say they seized 200 grams cocaine, 120 grams crystal methamphetamine and 28 grams heroin with a combined value of $59,000.

A 32-year-old man and 26-year-old woman in the vehicle, both from St. Thomas, were arrested without incident.

A search warrant was then executed at the couple's residence.

Two long guns and a cross bow were also seized at the home.

The man has been charged with five counts of possession for the purpose of trafficking, five firearms counts and six counts of breaching release conditions.

The woman has been charged with five counts of possession for the purpose of trafficking and two counts of careless storage of a firearm.

Both were being held pending a court appearance.