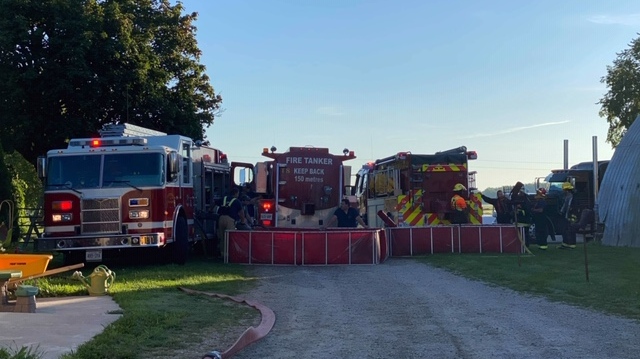 On Wednesday morning, just before 7:30, crews were called to a pig farm on St.Michael’s Road, north of Blyth.

The owners of the organic pig farm, say they believe the fire started near a heater in one of their nursery rooms. They believe all the pigs survived the fire.

No one was injured, and damage was contained to just one building.

On Tuesday, North Huron Fire crews were called to another barn fire, this time west of Blyth.

Three other fire departments were called in to help them battle that barn blaze.