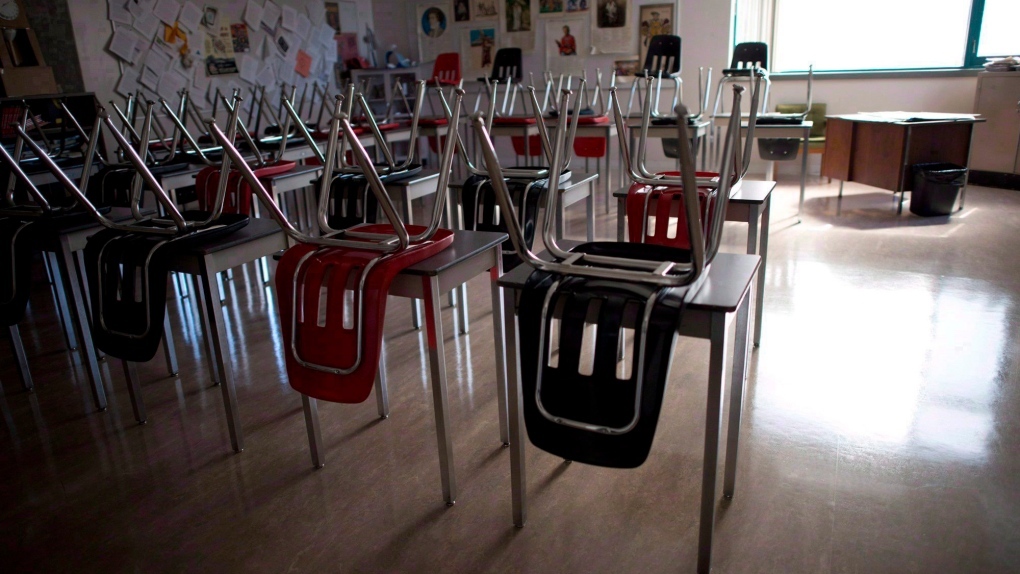 Elementary Teachers' Federation of Ontario President Sam Hammond said he is trying to put pressure on the government to return to the bargaining table. (THE CANADIAN PRESS/Jonathan Hayward)

LONDON, ONT -- The Elementary Teachers' Federation of Ontario (ETFO) will begin rotating strikes across the province next week, and London will have its turn on Wednesday.

The union has given the required five days’ notice to the Thames Valley District School Board of the one day strike.

“We have no choice but to commence rotating strikes starting this Monday as our only means of forcing the government to get serious about negotiations and the future of public education,” said ETFO President Sam Hammond in a release.

The move comes as work-to-rule campaigns ramp up for elementary teachers.

Meanwhile French teachers and Catholic teachers have all started work-to-rule campaigns of their own, while high school teachers have been holding rotating strikes since December.

The Ontario government announced a subsidy of up to $60 per day for families affected by the strikes.

ETFO represents 83,000 teachers and educational workers in the public elementary system - the TVDSB is affected on Wednesday