Turtles released back into Thames after research and education program 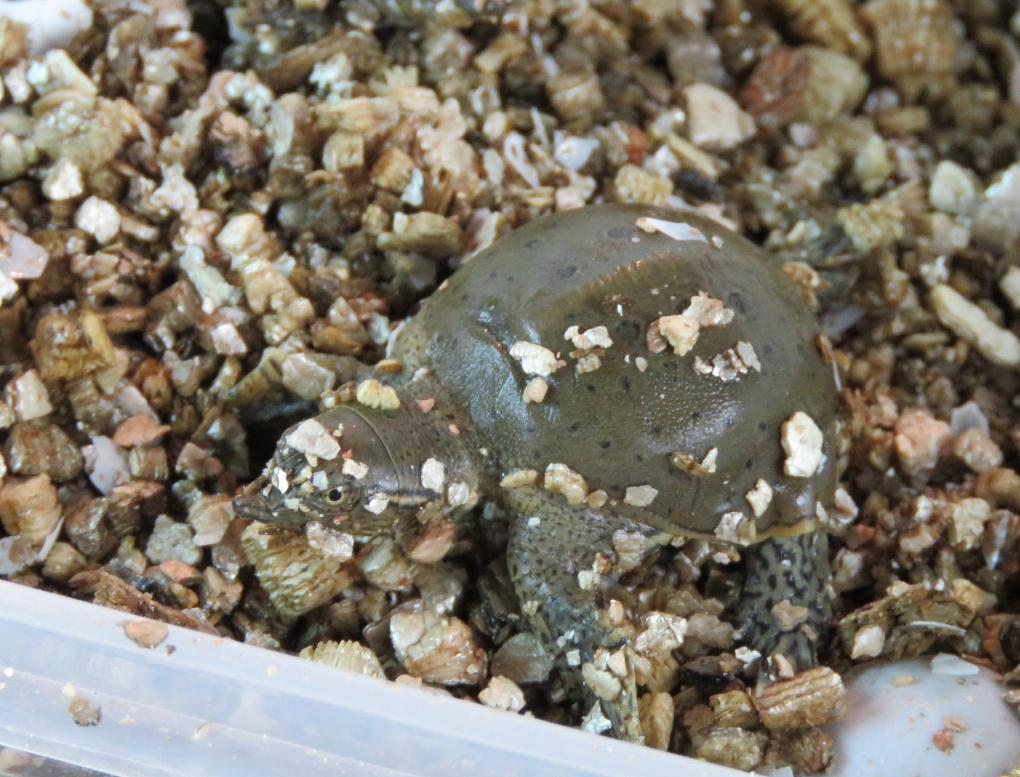 More than 3,000 spiny softshell turtles were released back into the Thames River Friday following a research and education program.

The Upper Thames River Conservation Authority's (UTRCA) Species at Risk Reptile Team (aka Turtle Team) is one of the longest running and most successful reptile research, recovery and education programs in Canada.

"This record breaking year would not have been possible without the dedication of community member Karen Auzins. When Karen heard that there was a funding shortfall that was putting the recovery efforts for the Spiny Softshell Turtle in jeopardy, she gathered funds through Nature London and her Rotary club to pay for a Species at Risk Research Assistant for the entire 2015 season,"  says Scott Gillingwater, UTRCA Species at Risk biologist.

The spiny softshell turtle is threatened both provincially and federally. Only a small number of hatchling turtles reach adulthood, so it’s critical for biologists to protect the eggs and release as many hatchlings as possible.

Early studies along the Thames River revealed almost zero turtle egg survival, but recent research shows that protection efforts are having an impact locally. Since egg protection began in the 1990s, the local spiny softshell turtle population has shown increases in the number of turtles of all age classes.

Threats to this turtle include loss of habitat, collection for the pet and food trade and getting caught on fishing hooks.

While threats are increasing each year, a strategy has been developed to counter some of the drastic losses experienced across the species’ range in Canada.

The provincial and federal governments, as well as the Schad Foundation, have provided funding to ensure the UTRCA’s Reptiles at Risk program continues through 2015.