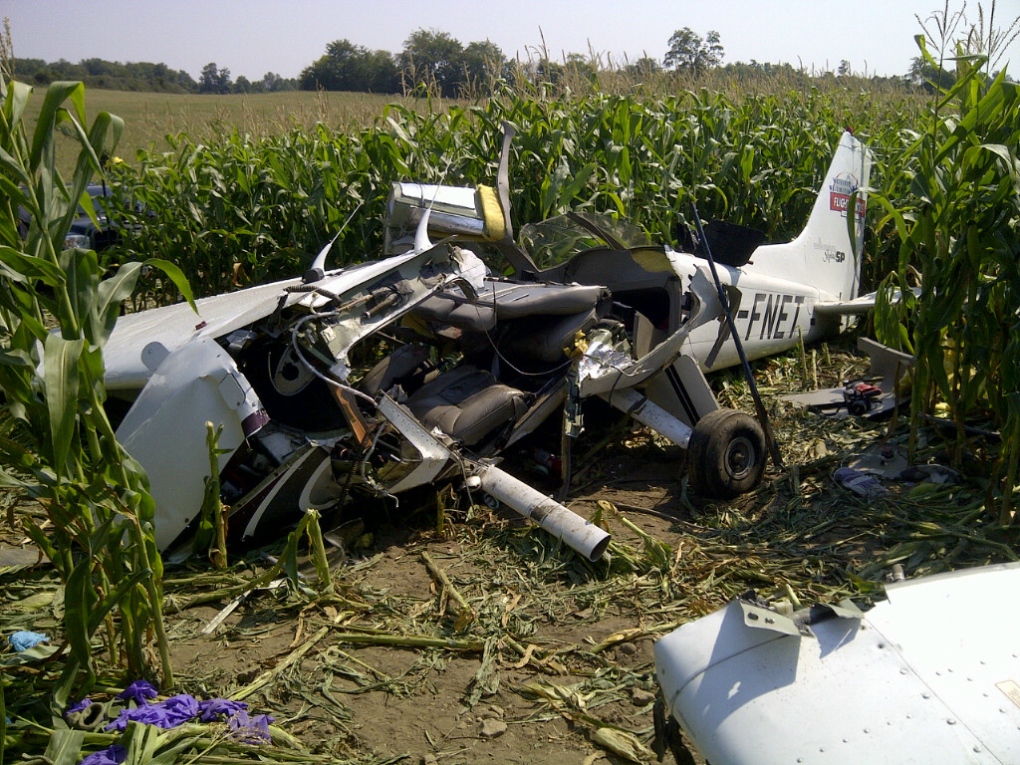 Wreckage of a Cessna 172 that crashed in a cornfield near Moorefield in August 2012, killing all four people aboard, is seen in this photo provided by the Transportation Safety Board of Canada.

RICHMOND HILL, Ont. - The Transportation Safety Board of Canada says a 2012 crash that killed all four people on a small plane in southern Ontario was caused by an "unauthorized" aircraft spin.

The board reported the findings Thursday after an investigation into the August 2012 crash of the Cessna 172S in Moorefield, Ont., just north of the Kitchener-Waterloo airport.

The report says the plane, owned by the Waterloo-Wellington Flying Club, left the airport at 6:15 p.m. on Aug. 24, 2012, and flew to Niagara Falls, then Toronto, before heading to a practice area north of the Kitchener-Waterloo airport.

About two hours later it says the plane crashed into a field, fatally injuring the pilot and three passengers.

The investigation determined the plane entered a spin "in a configuration for which spins were not authorized" and did not recover before hitting the ground.

It also found there was a breach in the aerodynamic stall warning horn, but said its effect on the horn's operation could not be determined.