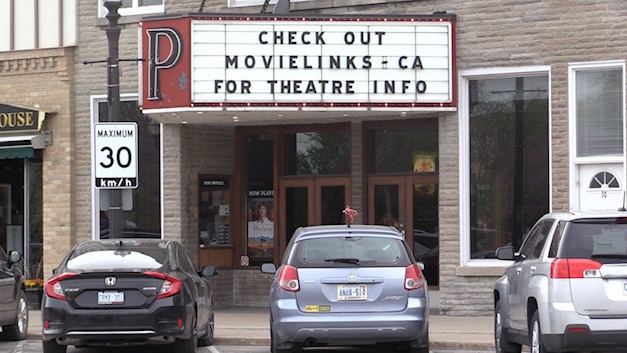 After a successful week-long screening in early May, a movie based on the Steven Truscott story, is coming back to Huron County.

Goderich’s Park Theatre will get a second week of screening "Marlene", starting on June 3rd, says the theatre via its social media pages.

"Marlene" follows the story of Marlene Truscott who spent more than 40 years trying to exonerate her husband, Steven Truscott, of murder charges.

A 14-year-old, Steven Truscott, was sentenced to hang for killing his classmate, Lynne Harper, near a military base in Huron County.

His charges were ultimately overturned, but not without the behind the scenes digging from his wife, Marlene.

No 'warnings or second chances' for illegal activity on Canada Day: Ottawa mayor

Ottawa's mayor is warning the city won't tolerate any illegal activity downtown during Canada Day festivities this year, as the city prepares for possible protests.

Ukraine's richest man filed a lawsuit against Russia at Europe’s top human rights court on Monday, seeking compensation over what he has said are billions of dollars in business losses since Russia's invasion.

The federal government has created a special task force to help tackle the major delays with immigration applications and passport processing that have left Canadians frustrated.

Abortion may be legal in Canada but accessing services very much depends on where you live, one advocate says.