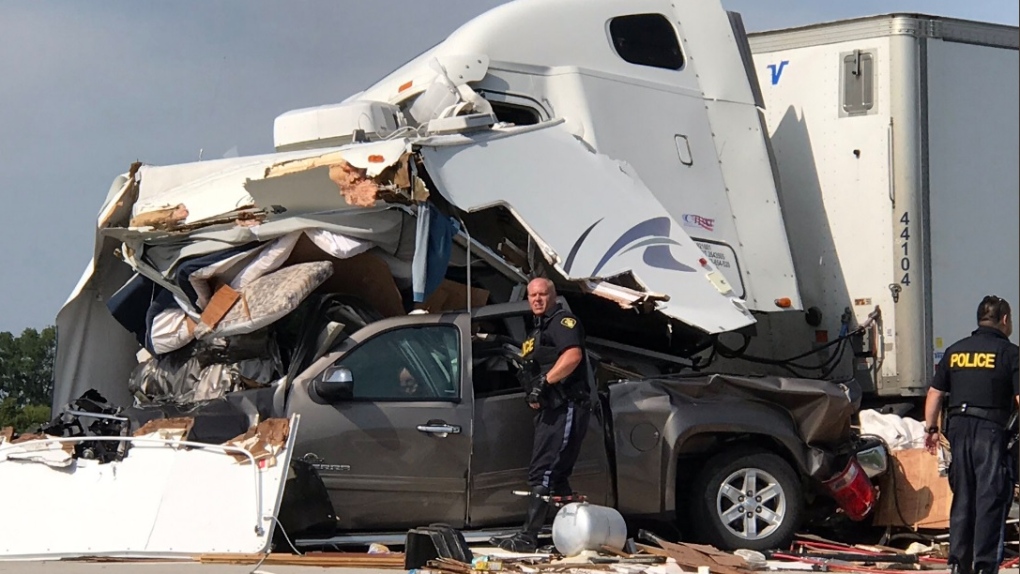 Two people died in the multi-vehicle crash that shut down Highway 401 in Chatham-Kent on Sunday, July 30, 2017. (@behind_her_lens / Twitter)

A 52-year-old tractor trailer driver has been charged related to a crash in Chatham-Kent that killed an Amherstburg mother and son in July.

Chatham-Kent OPP and EMS responded to the six-vehicle crash on Highway 401 near Dillon Road on July 30 at 4:40 p.m.,

A westbound tractor trailer collided with five vehicles which were stopped on the highway due to a separate motor vehicle collision.

One of the vehicles involved was a Chevrolet Sierra pick-up truck carrying four passengers.

As a result of the crash, two passengers traveling in the pick-up, Lacie Brundritt, 42, and Kyle Brundritt, 14, of Amherstburg, were pronounced dead at the scene.

The driver and another passenger were transported to hospital with non-life threatening injuries and have since been released.

Another driver involved in the collision was also transported to hospital with non-life threatening injuries and has since been released.