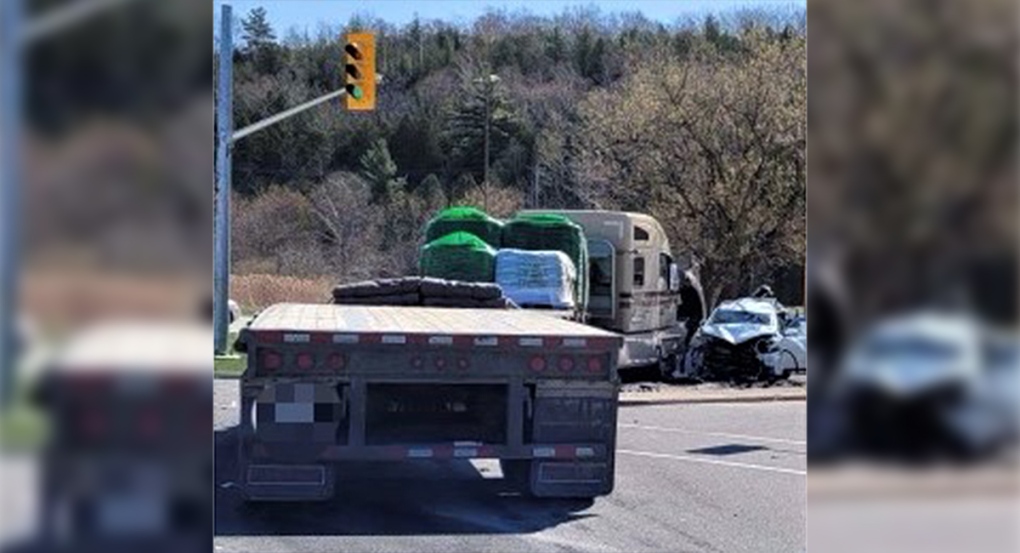 LONDON, ONT. -- A 60-year-old truck driver from Markham, Ont. has been charged after colliding with three other vehicles while allegedly impaired.

OPP say it happened around 9:40 a.m. Friday at the intersection of Highway 6 and 21 and the entrance to the Grey County Mall in the Township of Georgian Bluffs.

Two of the drivers were taken to hospital with serious, but non-life threatening injuries.

The truck driver was arrested at the scene and the truck was towed and impounded.

He will appear in an Owen Sound court May 27.