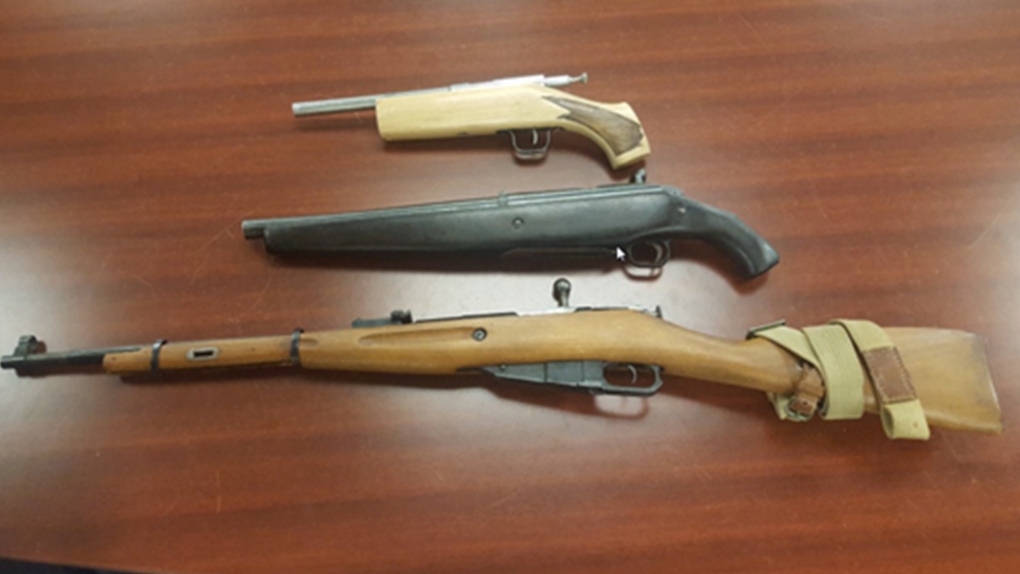 On Wednesday, police executed a search warrant at a residence on Gramercy Park Place and seized a loaded Winchester 22 caliber bolt action rifle, a 12 gauge sawed off shot gun along with a 303 rifle and two 22-caliber rounds of ammunition.

He is facing the following charges:

• Possession of a loaded firearm; and

• Possession of firearm or ammunition contrary to prohibition order x3

The suspect was expected to make a court appearance Wednesday to speak to the charges.