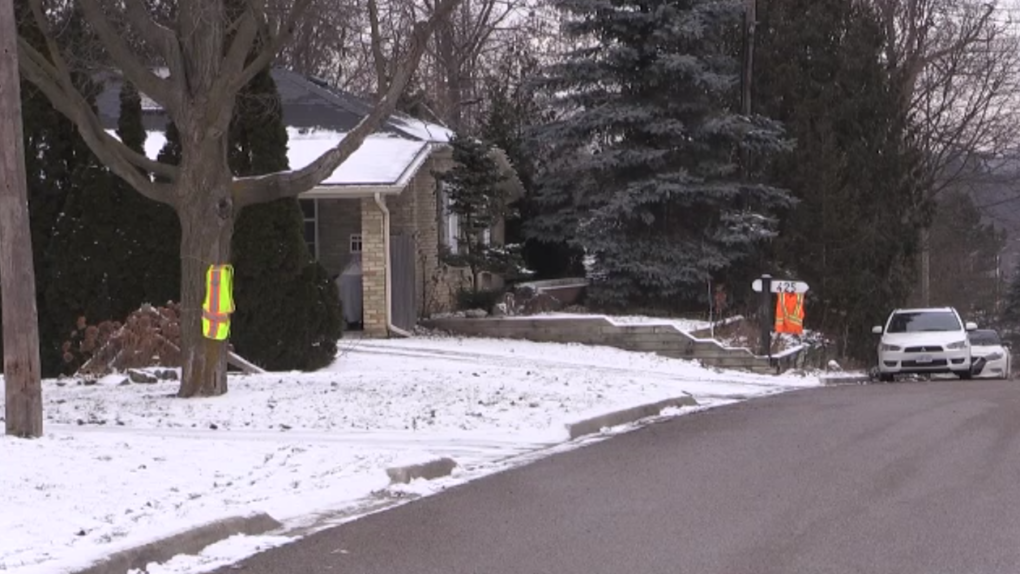 MIDDLESEX CENTRE, ONT. -- One week after the partial building collapse on Teeple Terrace that killed two workers, the number of vests being hung outside London homes in tribute continues to grow.

Almost all of the homes on Old Wonderland Road, some of which back onto the construction site where the collapse happened, have vests hung out front.

They’re hung on porches, from mailboxes and in trees as a reminder of the devastating impact of the collapse.

Two men, 26-year-old Henry Harder and 21-year-old John Martens, died when a portion of the building collapsed Friday morning as concrete was being poured on the fourth storey.

Five others were treated in hospital for their injuries, at least two of whom are now recovering at home, including Harder’s brother Peter Harder, and Travis Jaklitsch.

Funerals for Harder and Martens were held this week at the Lighthouse Gospel Church in Port Burwell.

And support continues to pour in through GoFundMe campaigns for the Harder and Martens families, as well as Jaklitsch and other injured workers.

An investigation into the cause of the collapse is ongoing, but the Ontario Federation of Labour (OFL) is calling for urgent action to improve safety on construction sites.

“Workers must be guaranteed their safety and well-being is the primary concern and focus,” said OFL President Patty Coates in a statement. “This recent string of tragedies makes it clear that we must do more to protect Ontario workers. We demand urgent action by this government.”

Ontario’s laws regarding workplace safety were last amended after the 2009 collapse of a swing stage in Toronto that killed four workers.

The OFL says the province should establish a new expert panel to look at workplace health and safety, and launch an immediate enforcement blitz.