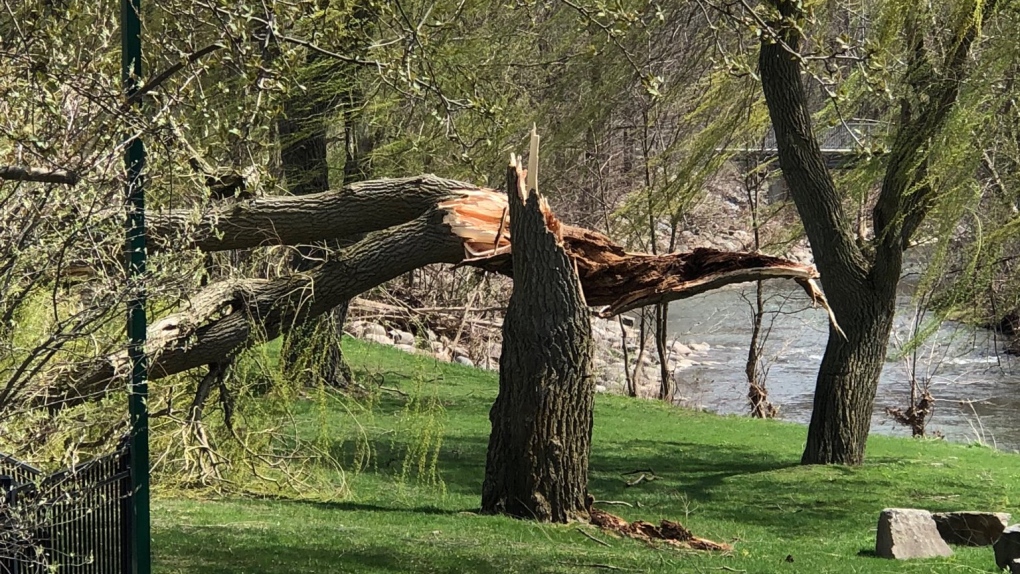 As of 6 p.m., London Hydro is reporting roughly 5000 customers are without power.

Hydro One reported a number of scattered power outages around the area. The largest affected more than 5,500 customers in an area stretching from parts of Grey County in the west, including Dundalk and Flesherton, to the New Tecumseh area in the east.

Another outage was affecting approximately 1,400 properties between New Hamburg and Stratford as of 2:45 p.m., while two outages left more than 2,350 people without power in the Drumbo area.

As of 3 p.m., a severe thunderstorm warning was in place for areas including Waterloo-Wellington and Oxford-Brant. Environment Canada said it was tracking a line of storms moving west-to-east across the province, poised to hit communities including Stratford, Woodstock, Kitchener, Waterloo and Cambridge.

High winds, gusting up to 110 km/h, were also expected to be an issue through the afternoon as a cold front swept through southern Ontario.

A wind warning was in place for almost all of southern Ontario.

The Long Point Region Conservation Authority had issued a flood watch, as the winds were expected to cause water levels along the Lake Erie shore to surge Friday evening.

The LPRCA warned that surge levels could reach 2 metres at Port Colborne and 1.6 metres at Long Point, with waves expected to peak above 2.24 metres Friday evening. Flooding was expected in low-lying areas along the shoreline.

Winds were expected to diminish Friday night as conditions cleared.