Transport truck rolls over on Highway 402 near Strathroy 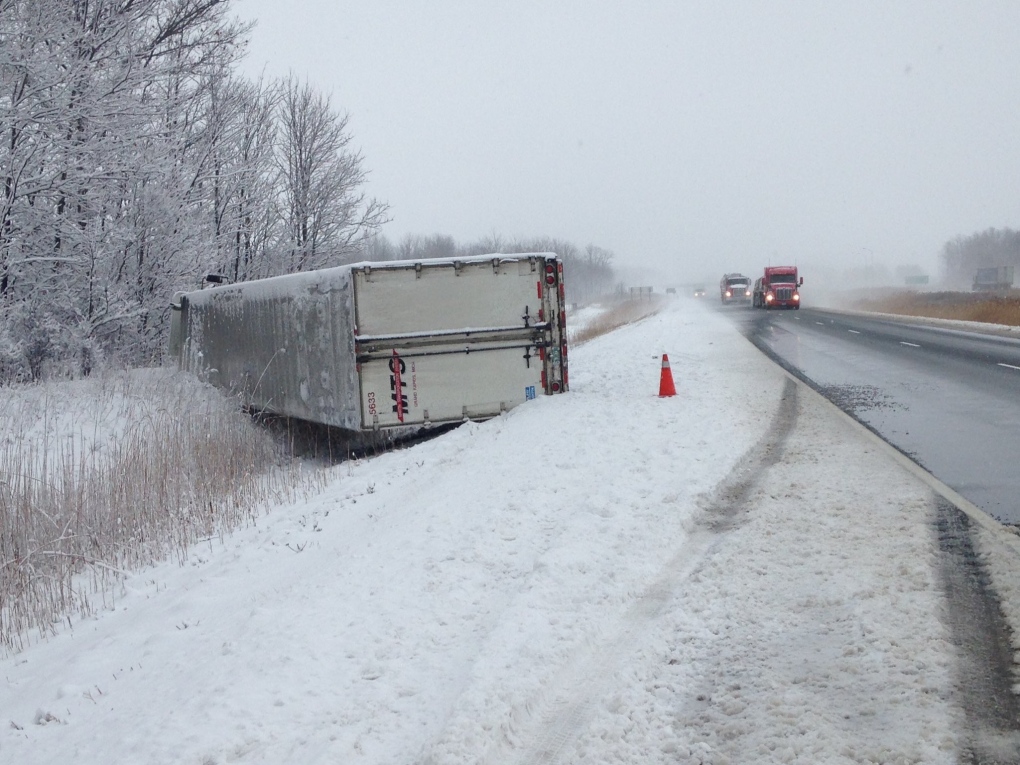 Middlesex OPP are urging drivers to go slow after a transport rollover on Highway 402 near Strathroy.

Police were called to the crash westbound between Sexton and Kerwood Road on Thursday morning.

Just a few hours later, OPP closed all the westbound lanes of Highway 402 from Centre Road to Kerwood Road after multiple collisions including one involving a police cruiser.

The officer was out of his cruiser investigating a separate collision when the crash occured, and was able to get out of the way, says OPP Sgt. Dave Rektor.

The officer and a passenger in the cruiser were not injured, but were checked at the scene by EMS. The driver of the vehicle that struck the cruiser was also not injured.

Rektor says there was blowing and drifting snow in open areas along the highway at the time with high winds causing whiteout conditions.

Drivers are being asked to slow down in the area.