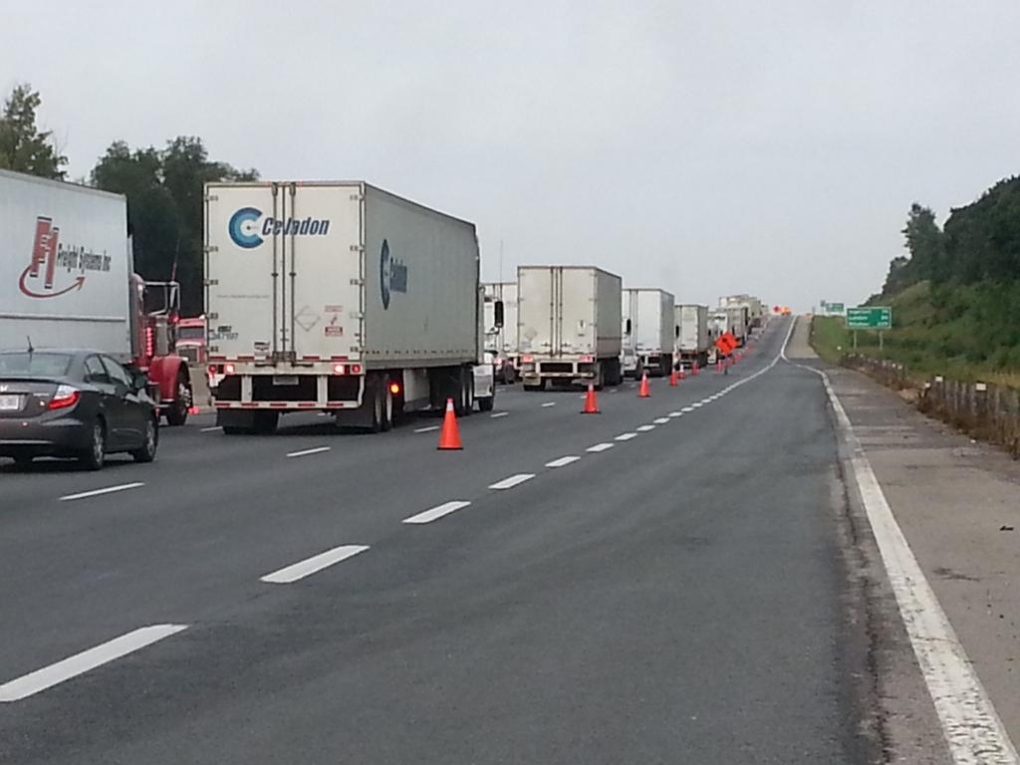 Transport truck traffic on the Highway 401 in Oxford County is backed up following a collision on Wednesday, Aug, 20, 2014. (Justin Zadorsky / CTV London)

OPP were called to the westbound lanes of Highway 401 at Sweaburg Road for a report of a collision around 3:55 a.m. in Oxford County.

According to police, two transport trucks in the westbound lane were involved in the collision. No injuries are reported.

However, the collision did result in a diesel fuel spill. The Ministry of Environment has since been notified.

The driver of the rear transport truck, 46-year-old Jason Fenn, of Leamington is charged with careless driving.

The lane will remain closed until cleanup is complete.