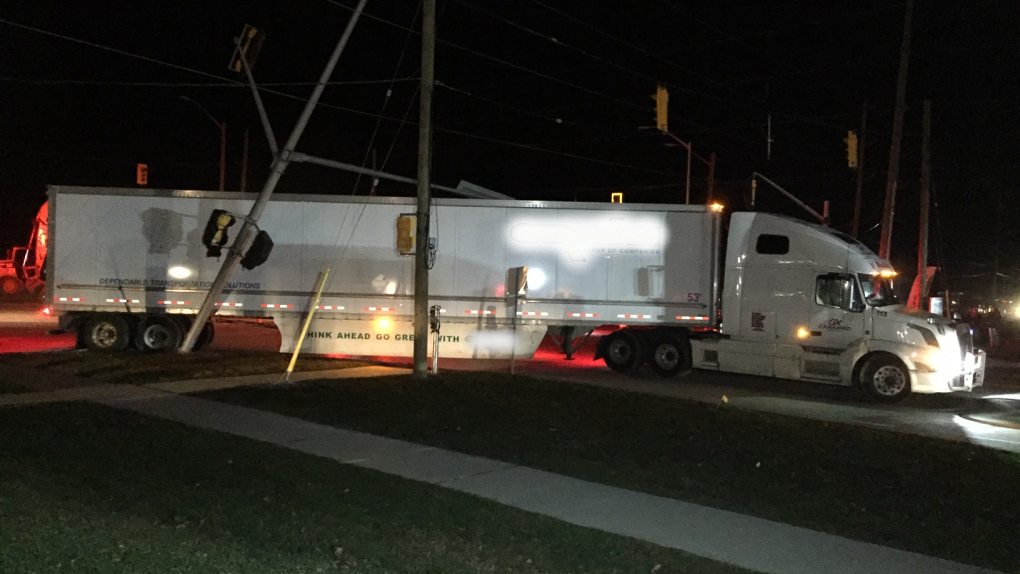 LONDON, ONT -- Hundreds of homes in north London lost power Wednesday evening after a transport truck hit a light post at the corner of Sunningdale Road and Adelaide Street.

It happened just after 6 p.m. where the busy intersection is currently under construction.

The light and traffic light standard could be seen leaning on top of the transport.

Fire and hydro officials responded to the scene.

London hydro was hoping to have the power restored to a large portion of the Stoney Creek neighbourhood by 10:30 p.m.

No injuries were reported in the crash.