LONDON, ONT. -- Cst. Jamie Stanley of the Huron O.P.P. says it’s almost unbelievable there were no injuries, after an out of control train destroyed a tractor trailer, a pick up truck, and a fishing shed in Goderich.

“This could have been a much worse situation,” says Stanley.

Around 1:30 p.m. Monday, a freight train has just finished loading 14 of its 34 cars full of grain at Goderich’s grain elevators, on Harbour Road.

As it started heading away from the grain elevators, up a steep hill, the train inexplicably started rolling back down the tracks. As it hurtled back towards the Goderich harbour, the out of control locomotive crushed a tractor trailer, and just barely missed crushing a pick up truck, before coming to rest, just past the elevators, after destroying a fishing utility shed.

“There were two people inside the pickup truck at the time. Very fortunate for them, they both escaped injury. The Goderich Fire dept was on scene, to help them get out of the truck. Further up the track, a transport truck and trailer were completely demolished. Again, very fortunate in this case that the driver was not in the truck at the time the train came back down the tracks,” says Stanley. 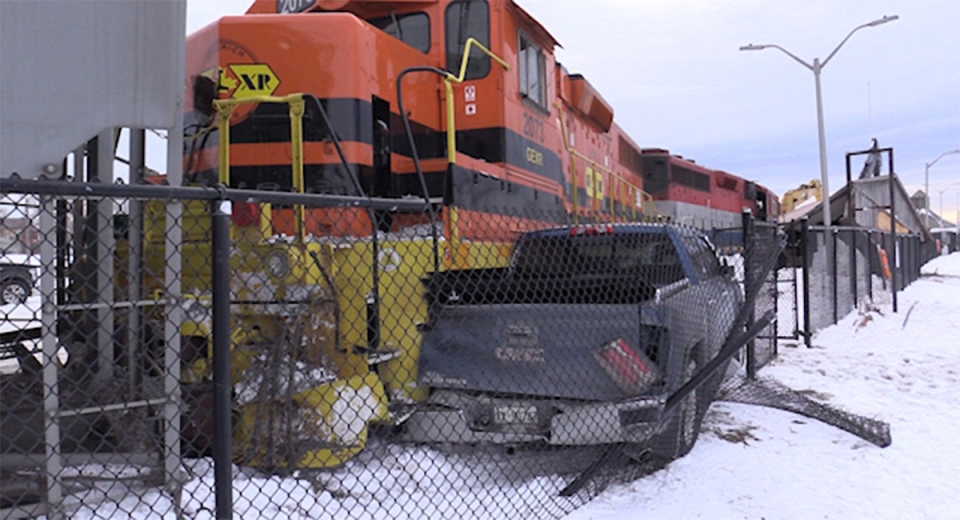 The train was only carrying grain, so there were no flammable materials on board, so no leaks or hazardous materials to be cleaned up, says Stanley.

Transport Canada, along with the Ministry of the Environment have been called to the scene. Stanley says the O.P.P will work with Transport Canada to try and determine what went wrong, allowing the train to lose control.

“Fortunately no one has been injured, only property damage. This is a very, very fortunate situation today,” says Stanley.

Harbour Road is currently closed, leading down to Goderich’s beachfront. It’s expected it will reopen tomorrow, at some point.

It appears 10-12 of the train’s 34 cars have derailed, so it will likely take days before the cars are moved, and the area along Goderich’s harbour front, is fully cleaned up. 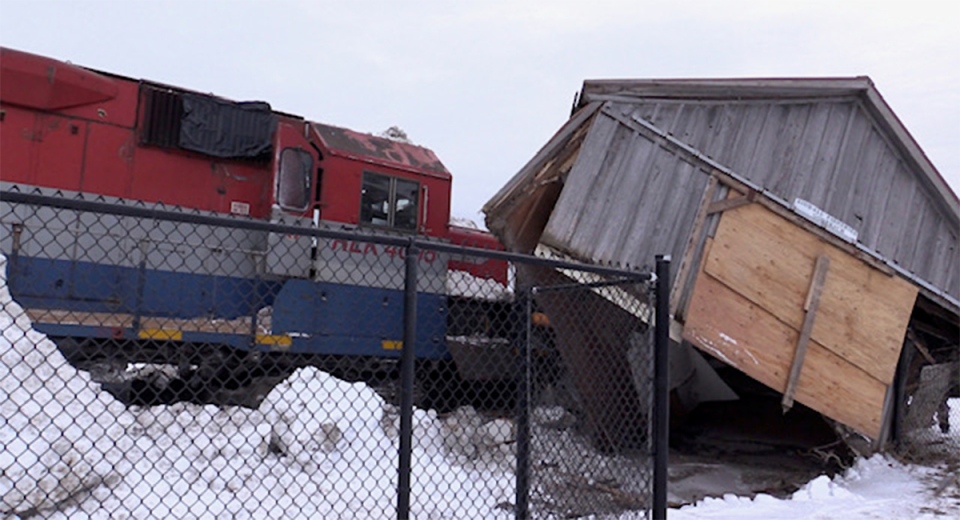 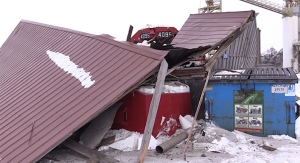