It was a tragic crash, which could have been much worse after a vehicle launched into the roofline of a two-storey home before slamming to the ground.

Paul and Eadiea Fleming were just heading inside around 8 p.m. Sunday after spending an evening on the back deck. That’s when they heard the crash.

“It was deafening,” said Paul Fleming, “It was something that would have happened in a tornado."

When they came around the corner they found a mangled vehicle in the front of the old farm house where they've been tenants since September.

Debris was scattered everywhere. Others arriving to the scene pointed out the damage to the home —which the Flemings hadn't noticed. 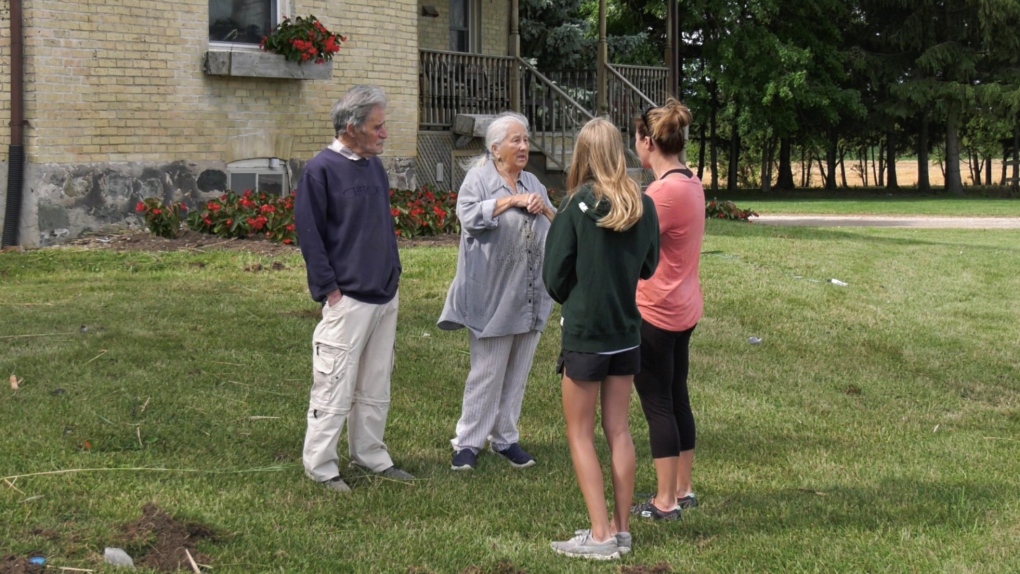 Paul and Eadiea Fleming speak with neighbours in front of their home that was hit by an airborne vehicle Sunday evening. July 25, 2022. (Gerry Dewan/CTV News London)
"I'd never heard of that kind of accident,” Eadiea exclaimed in disbelief, “Where a vehicle can become airborne."

A driver who arrived shortly after the crash told the Flemings he had called police to report the BMW driving erratically, at very high rates of speed, shortly before the crash.

The vehicle was heading westbound, entered the south ditch, ploughed through the reeds and hit an embankment that launched it into the air. The vehicle flipped, ending up on its wheels and facing the direction from which it came.

“We were outside in our garden,” said neighbour Colleen Dobinson. “I could hear loud squealing tires which, on busy roads, you're used to hearing, but this was definitely somebody going at a high pace. You could hear the tire squealing and there was a loud crash."

Dobinson lives almost two kilometres away and ran the entire distance, concerned for her neighbours and for the driver of the vehicle.

"Trying to also make sure we were safe as we could be responding to whoever was in the vehicle, knowing that they were in some serious trouble," said Dobinson. 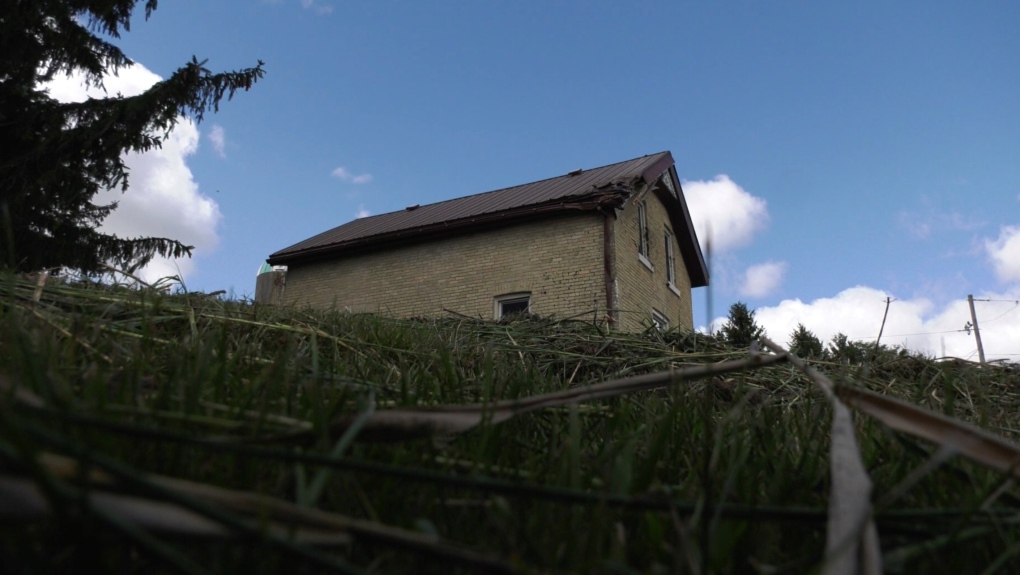 An embankment that launched vehicle into a home on Elginfield Rd., near Lucan., July 25, 2022. (Gerry Dewan/CTV News London)
At one point, flames started to emerge from the wreckage and Eadiea heard the calls go out, “Does anybody have a fire extinguisher. Well, luckily, we did and I got that, and they were able to put the fire out."

Still, despite the best efforts of first responders, the female driver was pronounced dead at the scene.

According to a press release issued by Middlesex County OPP on Monday, the victim has been identified as 69-year-old Jadwiga Piasecki of Bayfield, Ont.

A post-mortem exam is scheduled for a later date.

The Flemings are grateful they weren’t at the front of house or in the upstairs bedroom where the car hit. They are also grateful to all the concerned citizens, police officers, ambulance crew members and fire fighters who came to offer assistance and comfort.

According to the OPP, the investigation is ongoing.

A series of unusual leaks on two natural gas pipelines running from Russia under the Baltic Sea to Germany triggered concerns about sabotage Tuesday, overshadowing the inauguration of a long-awaited pipeline that will bring Norwegian gas to Poland in efforts to bolster Europe's energy independence from Moscow.