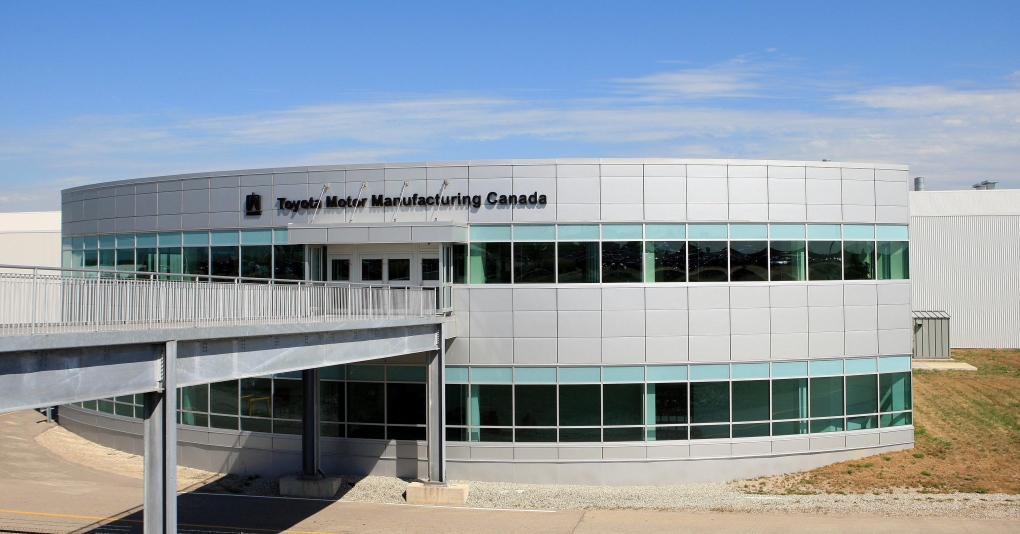 The Toyota plant in Woodstock is shown in this file photo. THE CANADIAN PRESS/Dave Chidley

After pleading guilty, Toyota has been fined $65,000 in connection with a worker who was injured at the Woodstock, Ont. plant.

In Oct. 2013, the employee suffered injuries including multiple arm fractures, which required surgery, while working on an instrument panel assembly line.

The Ministry of Labour says the worker noticed part of the production line was running in slow mode rather than at the normal production mode, which requires a reset to fix.

According to officials, "Hoping to prevent stalling or a shut-down, the worker reached under the line to press the re-set button while the line was still in operation. In doing so, one of the worker's arms became trapped between the moving line and the stationary power platform."

Toyota pleaded guilty to failing to ensure that a machine be stopped when being adjusted or repaired if the machine could endanger a worker under the Occupational Health and Safety Act.

In addition to the fine, the court imposed a 25-per-cent victim fine surcharge as required by the Provincial Offences Act.