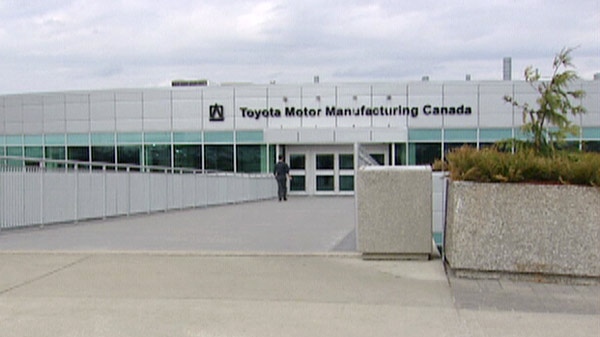 Toyota Canada has donated a record gift of $355,000 to a VON hospice in Woodstock.

The donation, announced Friday, is for the Sakura House, the only residential palliative care hospice in Oxford.

The gift is the single largest donation ever received by Oxford VON.

The funds will be used to provide the final payment on a loan advanced by the County of Oxford in 2009 to support Sakura House and its mission.

“We are here today to celebrate and honour the deep commitment of Toyota to Sakura House and to the community,” said John Goodbun, chair of the VON Oxford Community Corporation, which led the capital campaign to create the hospice and continues to raise funds to support its operations.  “We are truly humbled by Toyota’s leadership and support.  Sakura House would quite simply not exist without Toyota’s generosity and commitment.”

Toyota Motor Manufacturing Canada President Brian Krinock said, “We are very proud of Sakura House, and it has become as much of a gift to Toyota as it has become to the community and the many families who have come here.  Sakura House will always be our neighbour, and we look forward to partnering with the Victorian Order of Nurses in support of Sakura House for many years to come.”