On the first summer-like day of the year, Grand Bend, Ont. was vibrant on Sunday.

Sun bathers hit the beach, the patio at Willie’s Beach Bar was packed and other businesses were cleaning and painting in preparation for the Victoria Day weekend – the unofficial opening for the tourist season.

On the strip, signage was going up at the community’s newest Mexican Restaurant.

“I’m super excited and the whole family is in on it,” says Matthew Lawson, the owner and general manager of La Playita.

“We're all working super hard to get it ready. We got Cinco de Mayo coming up, so that's going to be a big party. Once that starts, it just continues throughout the summer,” he said.

Grand Bend has always been home for the Lawson family and he’s excited to be part of its ever-changing demographic.

“It’s changed a lot over the past few years and we’re happy to be putting our mark on the strip,” he added. 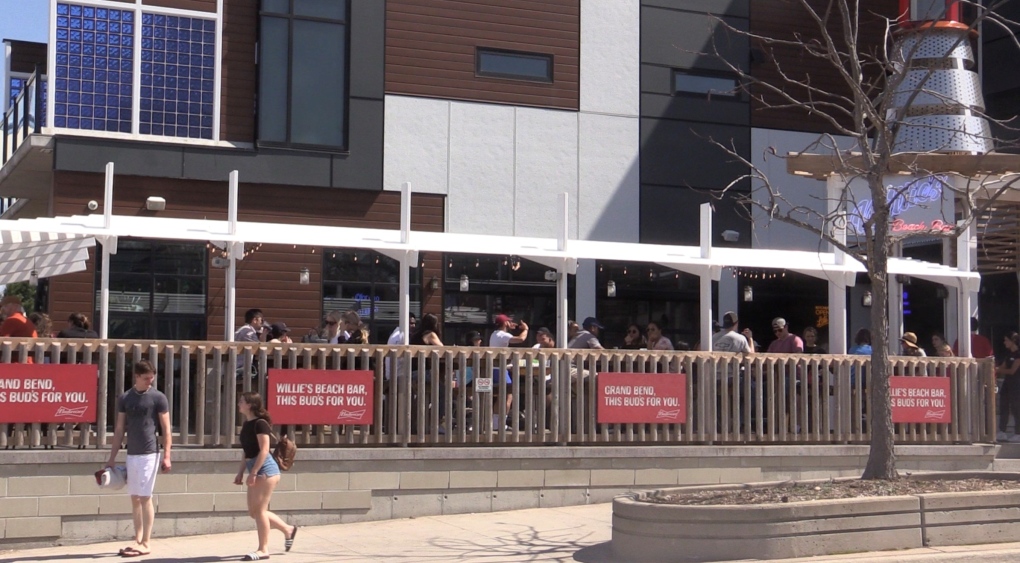 Those that haven’t recently been to “The Bend” will see new business and construction along the main stretch.

“Progress, a fresh perspective, and we've continued down the path we were on from a year ago,” says Mike Sloan, a local realtor who sold many of the recently changed properties on the strip.

“Gables and the Colonial (Hotel) has all been redone,” says Sloan. “It's just gorgeous, and one of my clients is taking this corner site, and it's going to be premiere commercial on the ground level, all residential, long-term rental above which is something we really need in this town.”Sloan believes there is not enough supply for those looking to live year-round, and he also thinks they need more restaurants to meet the demand of the growing population.

Last year he told CTV News he wanted to see his hometown become a “Mini-Whistler.”

“It's pretty cool that we're going to have these kind of developments going up, mixed in with the original stuff, which has been re-faced and it's just going to be gorgeous,” said Sloan.

The local Chamber of Commerce is also excited about the progress being made on the strip.

“There's been some incredible business partners coming into the area,” says Jeff Pacheco, president of the Grand Bend and Area Chamber of Commerce. 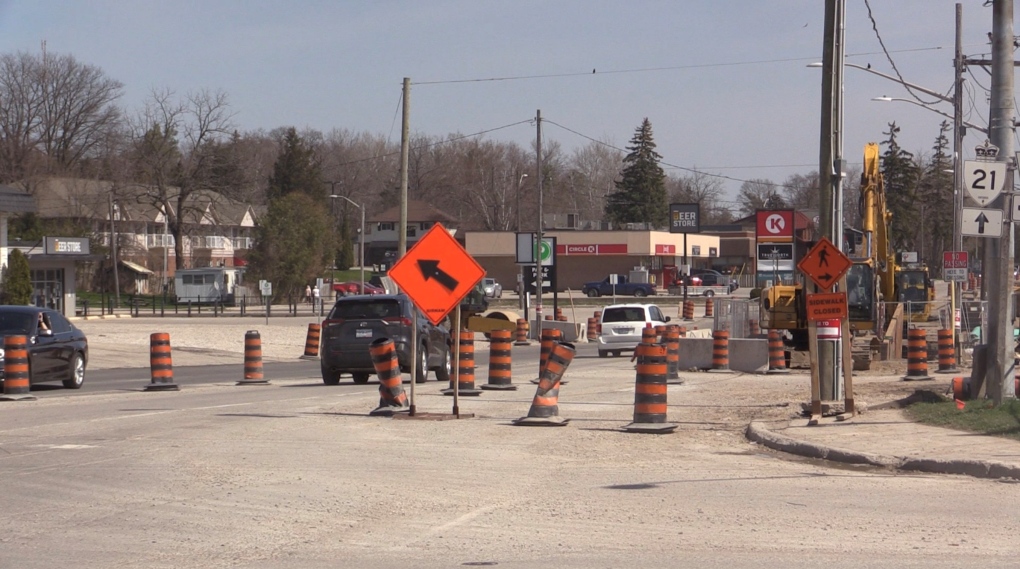 Construction continues near the main intersection of Highway 21 and Highway 81 in Grand Bend, Ont., April 24, 2022. (Brent Lale / CTV News)However not all change is immediately going to pay dividends.

There is a 13 kilometre stretch of Highway 21 under construction including work right at the community’s main intersection. It’s necessary work, but won’t be done in time for the start of the season.

“There's a lot of traffic there right now and today it'll be an interesting day to see how busy that strip really is,” says Pacheco.

“They're about a month and a half out still and I hope they get to that line because otherwise we'll be pretty congested. We're really hoping that the top layer can come down nice and clean by mid-June as expected, and then they come back in the fall as anticipated to finish the job right.”

Despite potential headaches at the beginning of the tourist season, many are looking forward to a great summer.

“The vast the majority of people in this town could not be more excited about what's happening to the strip,” says Sloan. “We’ve needed it for a while and it's coming.”