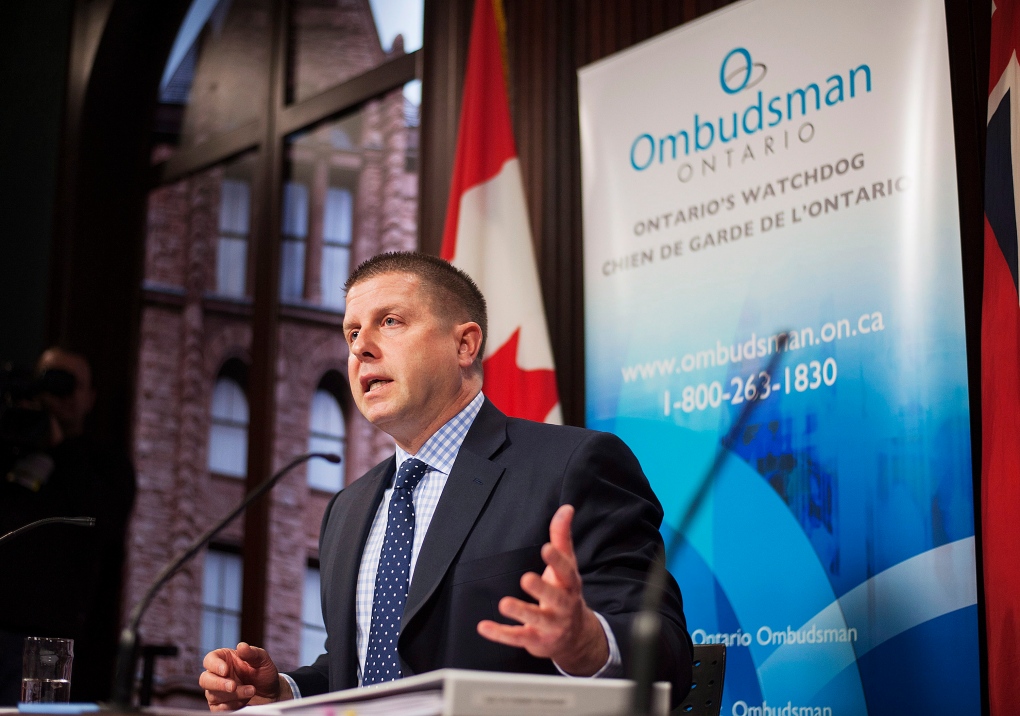 TORONTO -- The Ontario agency responsible for enforcing court-ordered child and spousal support payments has been singled out again by the ombudsman because of a growing number of complaints.

There were 1,167 complaints about the Family Responsibility Office in 2014-15, a slight increase over the previous year but up considerably from 794 complaints two years ago, ombudsman Andre Marin said in his annual report Tuesday.

There's "a new wrinkle" that saw 350 people denied a total of $845,000 in family payments they were entitled to because they had also been receiving welfare or disability support and then moved off the social assistance program, added Marin.

There are also serious problems in cases where the person paying support or the recipients live outside Ontario, something the ombudsman raised in previous reports, and there are ongoing problems with mistakes by staff at the FRO.

The report cites the case of one woman who complained she stopped getting support payments for more than a year, and couldn't get anyone at the agency to call her back. It took Marin's staff more than half a year to get her the $10,000 she was owed.

"We raised the issue with senior FRO staff, and more than seven months after the problem was identified, it finally acknowledged that the case worker had wrongly determined that the woman was no longer entitled to support," wrote Marin.

Sheila McKinnon, of Courtice, Ont., told The Canadian Press she's had problems with FRO for years because her ex-husband doesn't inform the agency when he changes jobs, and it won't impose fines or penalties to force him to comply.

"FRO has told me they have no way of making him disclose his employer so they can garnish his wages," McKinnon said in an email.

The agency wrote her in April explaining why it won't fine her ex-husband for not disclosing where he's working.

"FRO made the decision to focus our efforts on collecting court ordered support obligations rather than exercising the offences provision under our legislation for a number of reasons," wrote Carolyn Calwell, assistant deputy minister of Community and Social Services. "The most compelling reason is that any fines paid upon conviction do not benefit the support recipient."

Marin, who hopes to be reappointed for a third, five-year term, admitted he made mistakes in May with a social media campaign urging his 31,700 Twitter followers to pressure Premier Kathleen Wynne's Liberals to keep him as ombudsman. He had retweeted dozens of posts from supporters, including one that accused the Liberals of turning Ontario into a "banana republic" and another saying Wynne is "more corrupt" than FIFA, soccer's scandal-plagued governing body.

"Things were happening fast that night, and the more you're on Twitter, it's like a highway, you can have fender benders," he said.