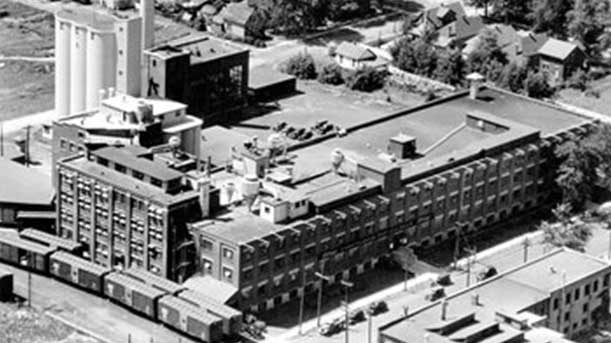 The Kellogg's plant began as the Canada Corn Company, a facility that owned the rights to produce Kellogg's Toasted Corn Flakes for the Canadian market.

1924: The founder of Kellogg's, Will Keith Kellogg, bought the London plant and took over production - growing the facility.

During its history, the plant has been home to several labour disputes.

1988: 650 workers walked off the job after rejecting a new contract offer.

2005: The London plant is producing 104 million kilograms of product, but it marks the start of a decade of steady decline in production.

June 2009: The company locks out unionized workers for about a month. A tentative deal was reached after a first deal was rejected by the union.

2011: Arguably the beginning of the end - Kellogg's announced it was investing $43 million in its Belleville, Ont. plant, a smaller, non-union shop built on a large parcel of land purchased by the company.

Each day the London plant produces roughly 750,000 boxes of various types of cereal including popular brands like Corn Flakes, Frosted Flakes and All Bran, with about 30 per cent of the plant's production exported to the parent company in the U.S.

2013: The London plant produces 67 million kilograms of product. Kellogg’s is expected to post a net profit of $1.3 billion and the company employs more than 30,000 people worldwide.

December 2013: Kellogg’s announces “Changes to Global Supply Chain Network” including the closure of London’s ready-to-eat cereal plant, a snacks plant in Australia and the expansion of a cereal and snacks plant in Thailand.

2014: The London plant was expected to produce an estimated 54 million kilograms of product.

September 2014: About 300 of the approximately 500 Kellogg's workers complete their final shift ahead of the closure of the plant.

Dec. 11, 2014: The final day of cereal production at the plant. Only a skeleton crew will remain now to shutter the plant.