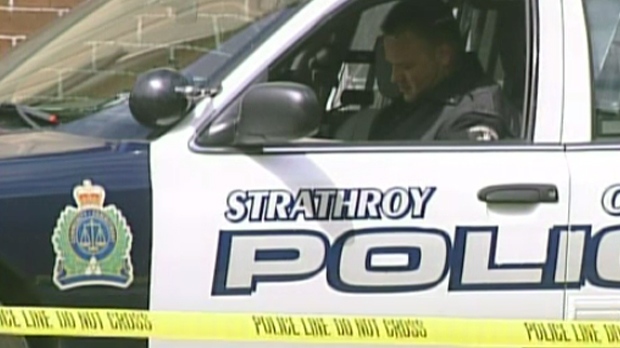 Strathroy-Caradoc Police arrested three young people Friday following a pursuit in a vehicle and then on foot.

The chase began around 8:30 p.m., when officers assigned to a R.I.D.E program saw a vehicle driving erratically in downtown Strathroy.

Police say the vehicle had been reported stolen from London. The officers attempted to stop the vehicle, but the driver fled, triggering a short pursuit.

The occupants of the vehicle then fled on foot. They were tracked down with the help of the OPP’s K9 unit. Three young males from Cambridge were arrested nearby.

All three face numerous charges including dangerous operation of a motor vehicle, possession of property obtained by crime, flight while pursued by a peace officer and failing to remain at the scene of an accident. Those charged cannot be identified under the provisions of the Youth Criminal Justice Act.