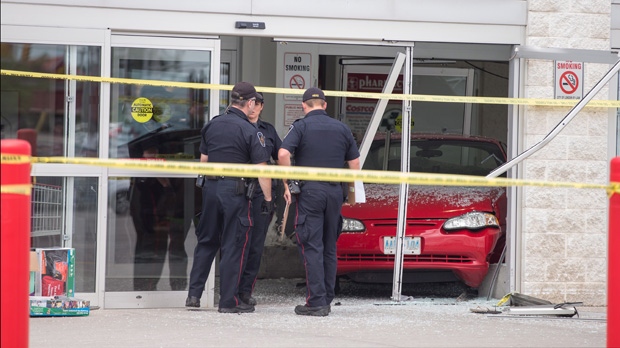 Police investigate after a car backed through the entrance of Costco in London, Ont., on Friday, July 25, 2014. (Geoff Robins / THE CANADIAN PRESS)

The condition of a three-year-old girl critically injured in a collision at a London Costco last month has been upgraded to good from fair.

A newborn, named Rhiannon, who delivered by emergency C-section hours after the crash died in hospital last Friday night.

Police say no decision has been made on whether charges will be laid.