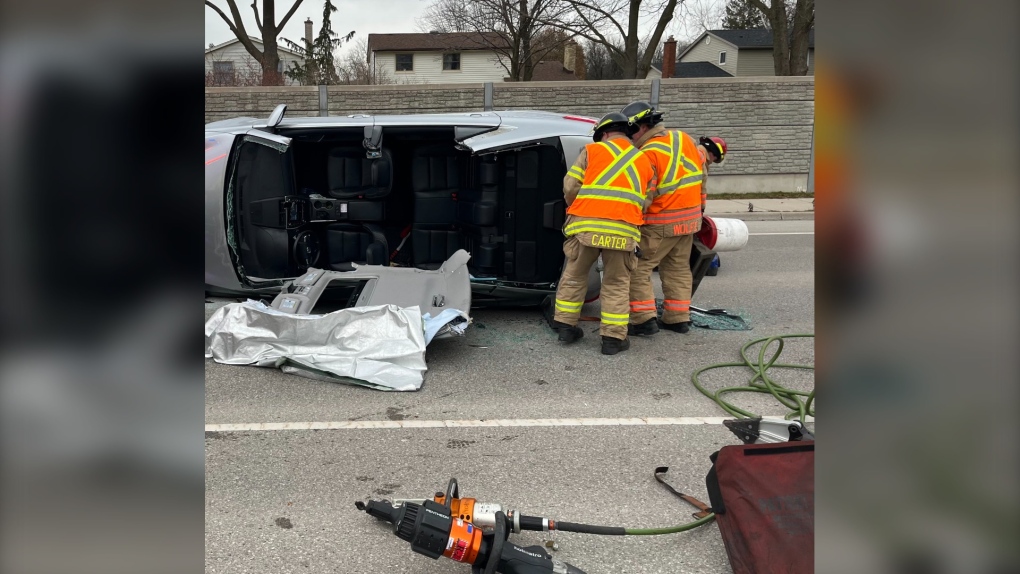 Firefighters extricated one person from a vehicle following a three-vehicle crash in the area of Hyde Park Road and Prince Philip Drive in London, Ont. on Dec. 5, 2022. (Source: London Fire Department/Twitter)

Emergency crews responded to the scene of a three-vehicle crash in northwest London, Ont. on Monday afternoon that involved fire crews having to rescue one person from a vehicle.

According to a tweet from the London Fire Department, emergency crews responded to the scene of a three-vehicle crash on Monday afternoon, in the area of Hyde Park Road and Prince Philip Drive.

London fire said one of the vehicles rolled over onto its side, and one person was extricated.

The individual is in care of paramedics, but it is unknown whether they suffered any injuries.

As of 3:51 p.m., London fire said crews were beginning to clear the scene.

The area of Hyde Park Road between Prince Philip Drive and Royal York Road was closed for several hours, but has since reopened.

The cause of the crash is not yet clear.

The federal Liberals have withdrawn an amendment to their gun bill aimed at enshrining a definition of banned assault-style firearms, citing 'legitimate concerns' about the need for more consultation on the measure.

A group of airlines is asking the Supreme Court of Canada to hear their case after a lower court largely upheld the validity of Canada's air passenger bill of rights.