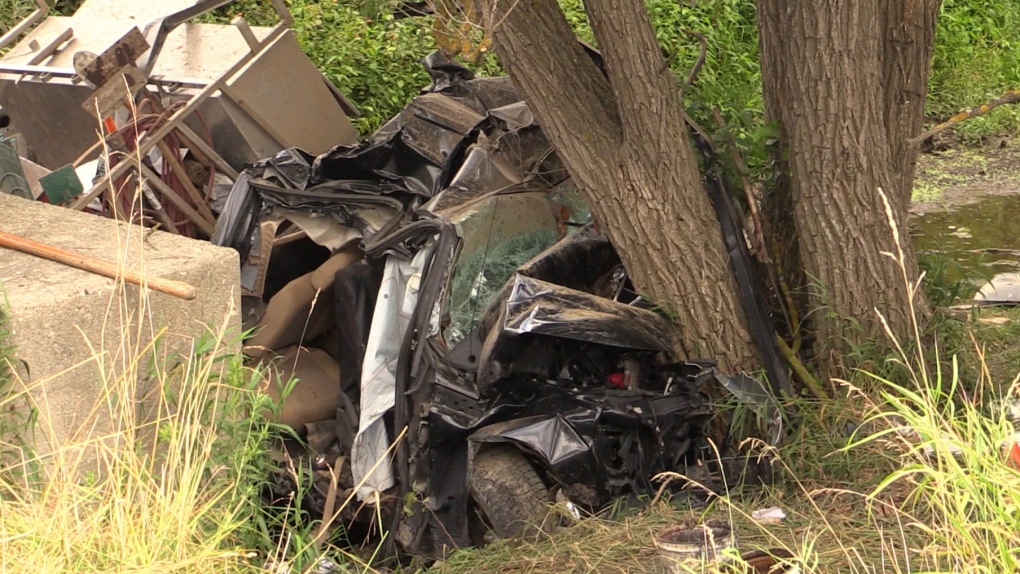 Huron County OPP have identified the three males who died in a single-vehicle crash north of Brussels, Ont. on Monday.

The driver, 17-year-old Dennis Linthorst of Howick Township, and two passengers, 19-year-old Ivan Kuepfer of South Bruce and 14-year-old Owen Bakker of Brockton, all died at the scene.

A fourth male, who was also a passenger in the vehicle, remains in hospital after being airlifted to London, Ont. with life-threatening injuries. There has been no update on his condition.

Emergency crews responded to the scene on Brussels Line between Cardiff Road and Browntown Road around 7:45 a.m. Monday for the crash.

A commercial pickup truck with a utility compartment in the bed carrying landscape tools, reportedly crossed the center line and entered the ditch, narrowly missing a concrete barrier before hitting a tree.

Police say the road and weather conditions were clear and no other vehicles are believed to have been involved.

OPP say the investigation remains ongoing and further details are expected to be released when available.