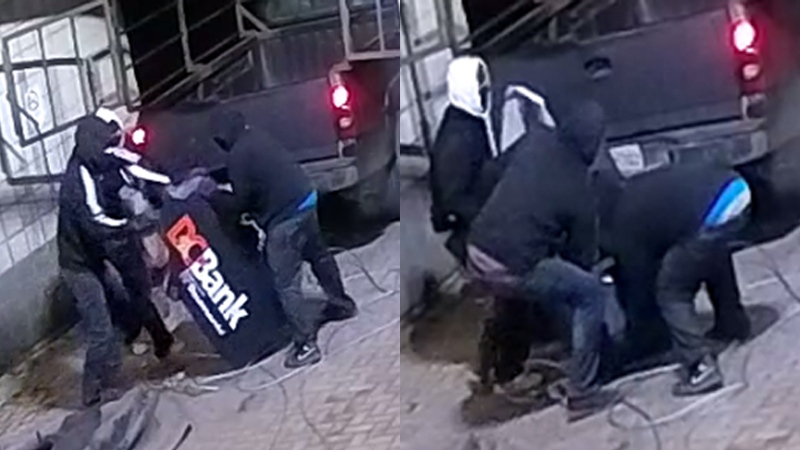 LONDON, Ont. -- Police in Strathroy-Caradoc are looking for suspects after a stolen truck was used to steal an ATM from the Gemini Sportsplex.

The break-in and ATM theft at the recreation centre on Adair Boulevard happened around 5:30 a.m. Wednesday.

According to police, three suspects pried open a front door, dislodged the ATM and dragged it outside before loading it into a pickup.

The pickup had reportedly been stolen earlier the same night from London Tire Sales on Albert Street, at the other end of town.

The truck, a black 2005 Chevrolet Silverado with a black metal cage in the bed and Ontario plates AV35763, was recovered later the same day in a subdivision off Second Street.

Anyone with information is asked to contact Strathroy-Caradoc Police Const. McIntyre at 519-245-1250 or Crime Stoppers at 1-800-222-TIPS or www.londoncrimestoppers.com.