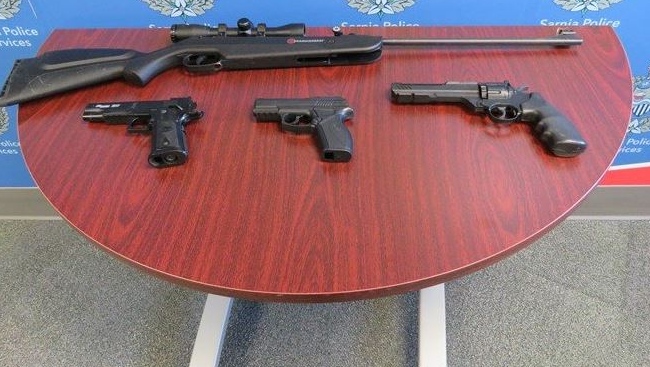 Replica firearms recovered by Sarnia police on May 5. 2020. (Supplied)

LONDON, ONT. -- Three Sarnia residents are facing a number of charges after a weapons call Tuesday that resulted in a shelter in place order by police.

Officers were called to the 800 block of Lasalle Line around 3:40 p.m. Tuesday.

Three occupants of the building were arrested less than an hour later without incident.

Police say the disturbance revolved around a lengthy dispute over property purchased online between the buyers and the occupants of the home.

The accused pointed firearms at the complainants who left the property and called police.

On Wednesday, police said the guns turned out to be replica firearms.