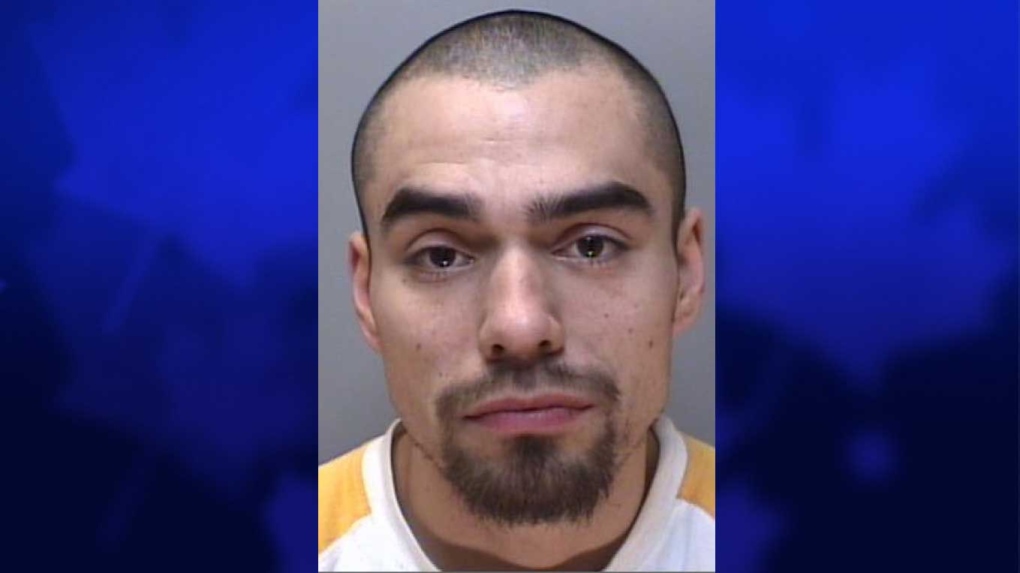 Vaughn French, 31, of the Chippewa of the Thames First Nations, is seen in this image released by Middlesex County OPP and the London Police Service.

Middlesex County OPP, London police and the Chippewas of the Thames First Nation police are asking for public help to locate a man wanted on nearly a dozen outstanding warrants.

Officials say Vaughn French, 31, of the Chippewa of the Thames First Nations, has shown an absolute disregard for authority and his actions have posed an extreme danger to the community.

French is wanted on warrants held by the OPP and London police for offences including:

French is described as being approximately 5’9” tall, 150 pounds with short brown hair, brown eyes and a thin build. He also has numerous tattoos covering his left arm.

Police are asking anyone who may have information about French's whereabouts to contact their local police force or Crime Stoppers. Anyone who may come into contact with him is asked not to approach him, but to call 911 instead.