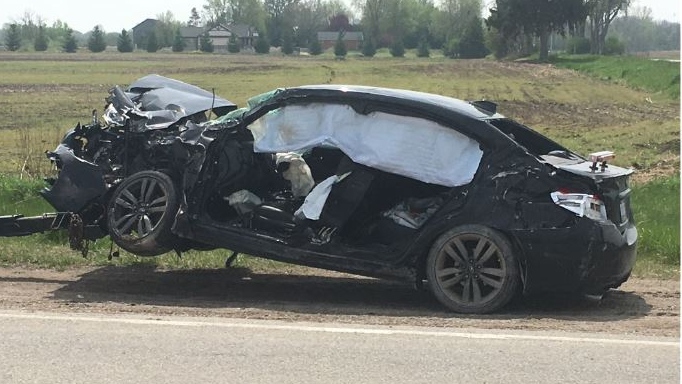 LONDON, ONT. -- Three people, including a child under 10 were injured in a late morning crash west of London Saturday.

Emergency crews were called to the intersection of Longwoods Road and Brigham Road around 11 a.m.

A pickup truck and a Subaru sedan slammed into each other.

All three injured people were transported to Victoria Hospital with non-life threatening injuries.

Longwoods Road was closed for about 30 minutes to clean up the crash.

No word on whether charges will be laid.