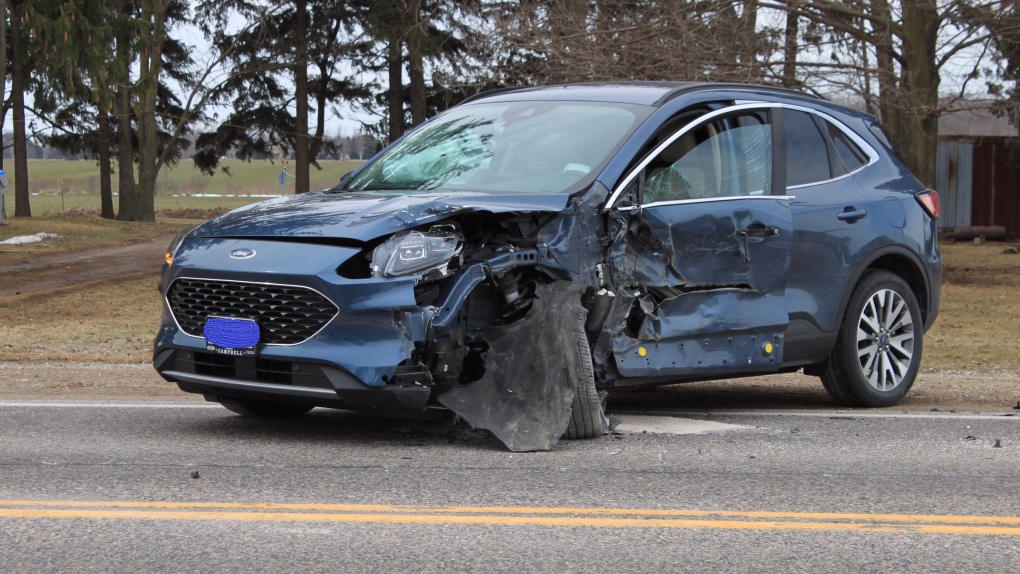 LONDON, ONT. -- Three people were injured and at least two people had to be extricated from a vehicle after a serious crash near Lucan, Ont.Thursday morning.

The crash occurred on Richmond Street/Highway 4 at Mooresville Drive north of Lucan just after 11 a.m.

Provincial police confirm to CTV News that two people were trapped in one of the vehicles that ended up in a field and had to be extricated by emergency crews.

Ornge air ambulance was called in but all those who were injured were transported to hospital by land ambulance.

Details on the severity of their injuries were not yet known, however none are considered life threatening.

Richmond Street (Highway 4) was closed in the area of Mooresville Drive for two hours.

#MiddlesexOPP along with Lucan Biddulph fire #MiddlessxEMS #AirOrnge on scene at 2 vehicle collision Richmond St b/t Adare & McGillivray @CountyMiddlesex. Injuries u/k at this time. Road to be closed for at least the next hour. Please avoid the area ^jh pic.twitter.com/Pm6T7Fev7l