Three Goderich fishermen help save the life of distraught woman 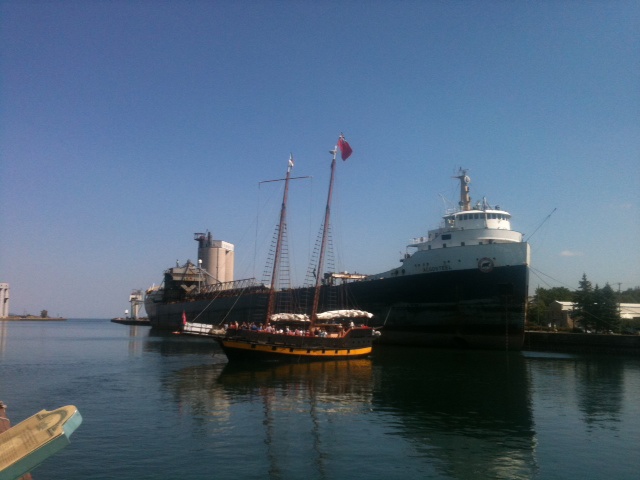 Owen Sound police are extending their thanks to three fishermen for saving the life of a suicidal woman.

Around 10:25 am Saturday, a 36-year-old Owen Sound woman attempted suicide near the 10th St. Bridge.

Three fishermen from Goderich, Robert Arnburg, 44, Ronald Carrick, 48, and Travis Carrick, 24, saw the incident and climbed down the harbour wall to reach for the woman.

One of the men jumped into the water to keep her head above the water.

When he started to lose his grip, the two other men climbed down to help.

Two of the men were taken to hospital and released after being treated for minor injuries.

The woman is expected to make a full recovery.

Police say without a doubt, her life was saved by the actions of these three individuals.