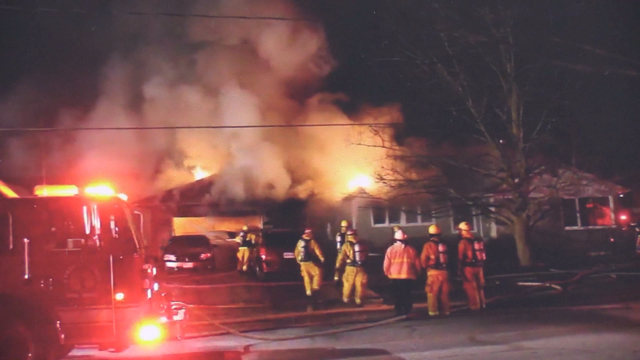 LONDON, ONT. -- Crews from both Clinton and Seaforth fire departments were called to a blaze that destroyed a home on Rattenbury Street West around 3:30 a.m. Friday.

The lone occupant of the home escaped unharmed, but three dogs perished in the fire.

Neighbours reported hearing several “explosions” as the home burned. The Ontario Fire Marshal is on scene and OPP have launched an arson investigation.

Besides the home, two vehicles in the laneway sustained major damage.

An estimate of the damage is not yet available.