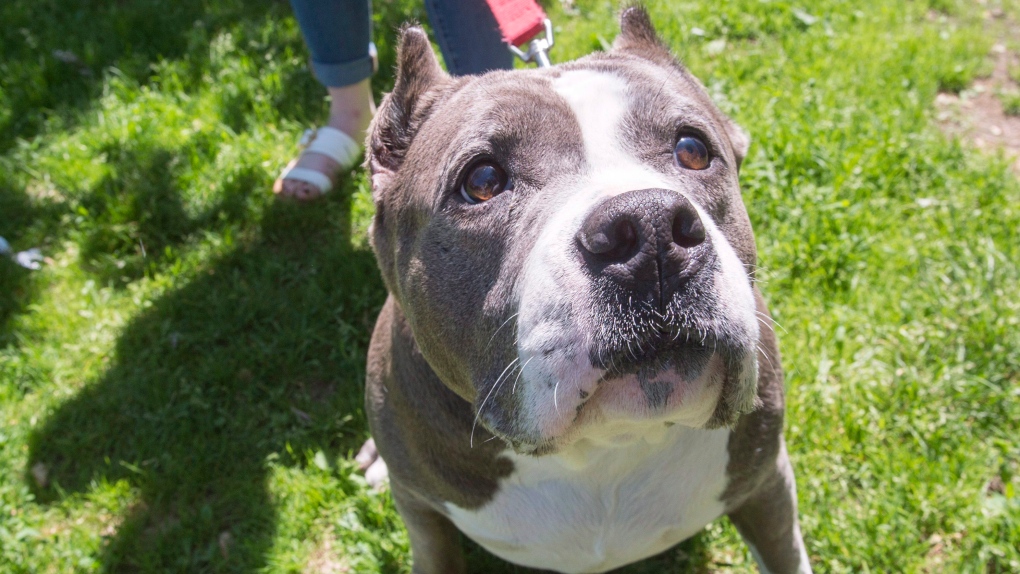 A pit bull named Athena goes for a walk at the SPCA on Tuesday, June 14, 2016 in Montreal. (The Canadian Press/Ryan Remiorz)

LONDON, ONT. -- A dog owner is facing charges in Wingham, Ont. after his American Staffordshire Terrier got loose and attacked three children.

The incident occurred on Nov. 13 at a church that also houses a private school on John Street West in Wingham.

According to police the dog slipped its collar and immediately ran from the owner’s residence to the nearby church where it began to bite the children.

The victims, ages four, eight and 16, were all treated for bite injuries in hospital and were released later that day.

The father of one of the children along with an older sister attempted to stop the dog but it continued until the owner arrived and regained control.

The owner is facing multiple charges in relation to failing to prevent the attack and is also charged with owning a banned breed.