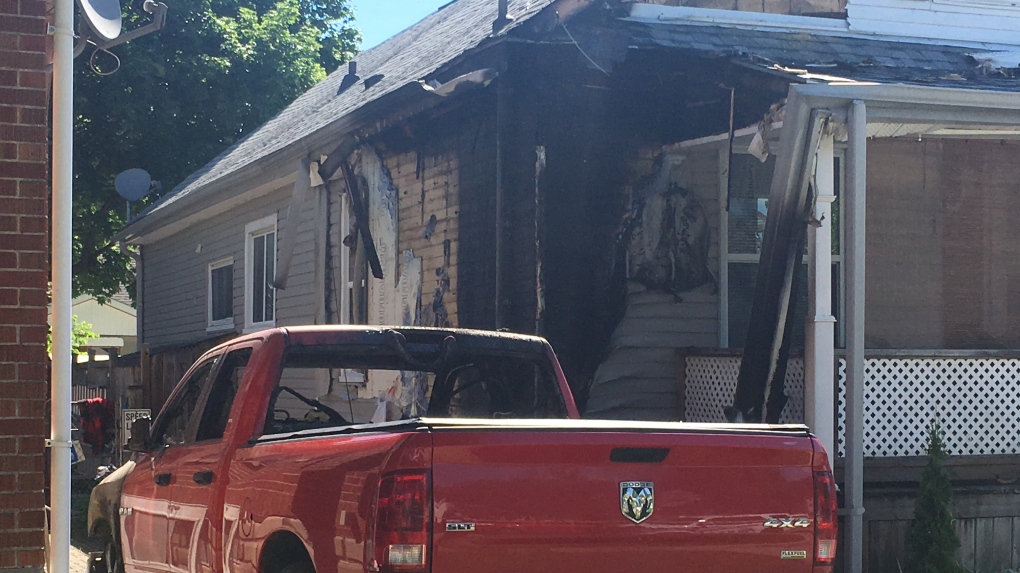 Three people are now facing charges in connection with a weekend fire on Delaware Street that destroyed a pickup and damaged two neighbouring homes.

Police and fire crews responded to Delaware and Horace streets are 4 a.m. Sunday for a vehicle fire that prompted the evacuation of homes on either side of the blaze.

The occupants of both homes were able to get out safely.

The truck and homes suffered approximately $160,000 in damage.

The fire was found to be suspicious, and further investigation by the London Police Service Street Crime Unit has led to charges against three people.

An 18-year-old Port Franks woman and two London men, ages 23 and 26, have been jointly charged with arson with disregard for human life and conspiracy to commit an indictable offence.

All three are expected to appear in London court on future dates.

The investigation is ongoing and anyone with information is asked to contact police.