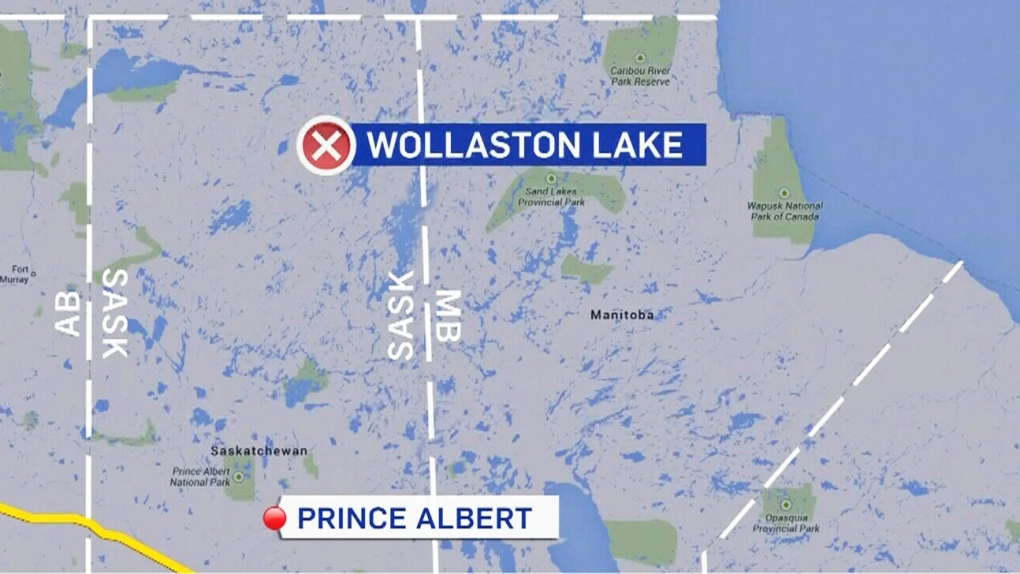 Two men from Ontario survived after their plane crashed in northern Saskatchewan on July 25, 2014.

Two men from Thorndale have survived a plane crash in northern Saskatchewan.

Mounties say a 53-year-old male pilot and a 29-year-old male co-pilot were on a private Seabee plane en route to Yellowknife when it crashed Friday into water near Points North Landing, a permanent camp near Wollaston Lake.

Wollaston Lake is about 700 kilometres north of Saskatoon and the area is only accessible by air.

Capt. Jean Houde at the Joint Rescue Co-Ordination Centre in Trenton, Ont., said one of the men suffered a back injury and was being taken from the scene by a Griffon helicopter from Canadian Forces Base Cold Lake.

He says the man was then to be transferred to a Hercules at the airport at Points North landing, which will take him to a hospital in Saskatoon.

Houde said the other man was OK.

"The pilot declared a mayday in the air and it was overheard by another pilot in the area who saw it hit the water -- it was a float plane," Houde said.