‘This will be lifesaving,’ homeless advocate pleased with solutions that ended a four-day hunger strike

‘This will be lifesaving,’ homeless advocate pleased with solutions that ended a four-day hunger strike 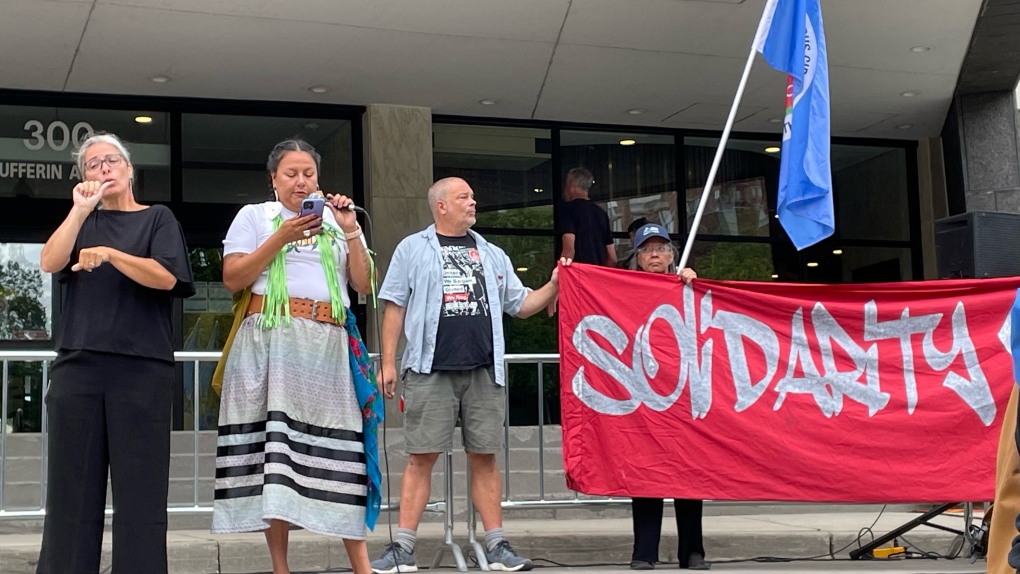 A four-day hunger strike intended to draw attention to the growing need to help the homeless population in London, Ont. has come to an end.

On Friday evening, the Forgotten 519 Coalition, local agencies, and the city came to a consensus after several hour-long meetings.

Dan Oudshoorn, an outreach worker was camped outside London city hall since Tuesday morning when he began his hunger strike, in support of the Forgotten 519 coalition.

“I appreciate all that hard work that people did to produce the outcome we came to,” Oudshoorn said.

“A lot of folks going by would say I was thinking about you in the rain last night and in the heat. I was there for four days but so many other folks are there day after day and night after night so it’s a sobering reminder as to what other folks are going to.”

The parties agreed on taking immediate action to address the current issues that homeless people are facing. The city agreed to provide water and “food or acute needs” which will be funded by the city. They also plan to install shower stations for people living in encampments.

The locations of those have yet to be determined.

“We are grateful for the willingness of agencies from across the system to come together. The perspectives of frontline workers, who are seeing and experiencing first-hand the impacts of a system that is stretched and broken, are essential in this process,” said Kevin Dickins, the deputy city manager, social and health development with the City of London.

Through the sessions, both yesterday and today, we have identified steps we can take – at the city and across the system – to better support people who are experiencing homelessness, addictions, and episodic mental health challenges,”

According to the city’s ‘immediate action to support the city’s most marginalized’, these solutions will be put in place by the co-chair of the London homeless coalition and other agencies.

Their solution to provide 24/7 support will be discussed in another meeting on Aug. 16.

“There is immediacy in getting this plan in place ahead of the winter months that will rapidly come,” stated in the document.

Other projects that will be considered include a community hub, a unity, Atlohsa project, and a circle of support.

The city’s goal is to have a plan ready for these supports within four weeks.

In addition, they agreed to change when bylaw officers are needed in responding to people living in encampments.

The city agreed to only have officers involved if a frontline worker requests it.

“I think it’s a remarkable shift in priorities in how people are treated that will make an immediate lifesaving difference,” Oudshoorn said on Saturday.