'This is my first pride parade'; Rain holds off as for record number of participants in London Parade

'This is my first pride parade'; Rain holds off as for record number of participants in London Parade

Music was blaring, people were dancing, and 'Happy Pride' was echoing down Dundas Street.

The Pride London Festival Parade was back after a two-year hiatus during the pandemic.

Among those lining the street to take in the festivities was 'Lily' who was attending their first parade.

"I came out as transgender just a couple months ago," says Lily.

"So this is the first year that I could come to pride and I'm really happy to have my family and to come here and support me." 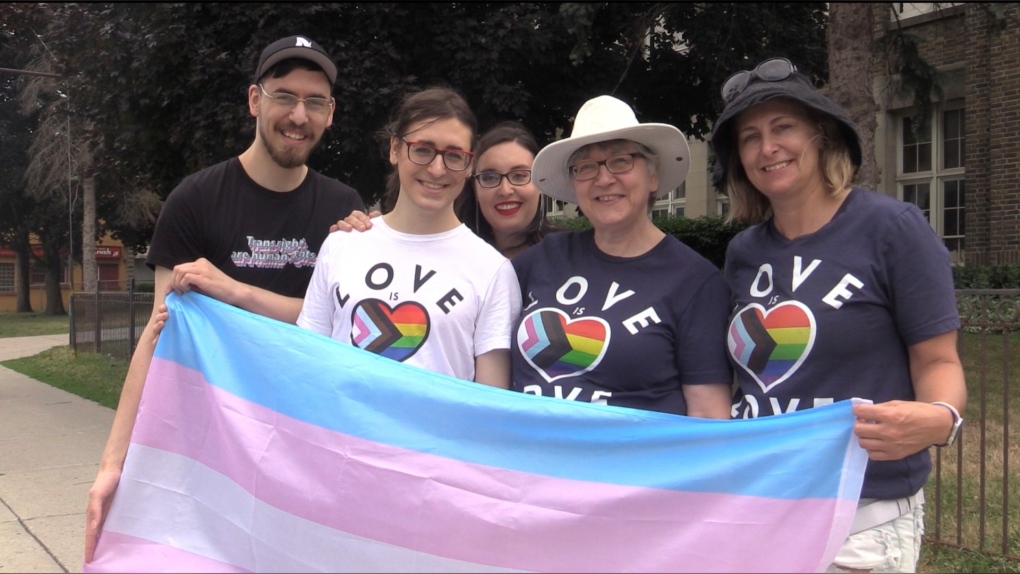 "I’m so excited, the floats are amazing, we’ve had people from Ottawa, Toronto, and the rain held off."

There were major concerns about potentially having to cancel the parade after massive thunderstorms rolled through London Sunday morning. However, during the parade, the rain held off.

Among those walking in the parade were two of London’s openly gay politicians.

Ward 2 City Councillor Shawn Lewis was wearing his signature Superman tee-shirt, and had a pride flag draped over his back.

"Being the first openly gay member of London City Council it just makes me so proud of our city to have all these folks out watching today and having my colleagues from City Council walking with me in this parade," says Lewis.

Bell Media was represented with radio personalities from Pure Country and Virgin Radio, along with CTV’s Nick Paparella and Jaden Lee Lincoln walking in the parade.

"It is an absolutely amazing atmosphere," says Lincoln, who is seeing her first Pride London Parade after moving to the city a couple years ago.

"I cannot believe the turnout this year, and it's just amazing to be a part of it. I love it because the there are some amazing drag queens and performers, and their makeup is on point."

A week after charges were laid at a 'physical altercation' at Wortley Pride, London police were prepared to deal with any potential disturbances. They had officers in bright vests along the route, and others in unmarked SUV’s.

"We have a very robust plan in place," says Chief Steve Williams, of the London Police Service prior to the parade. 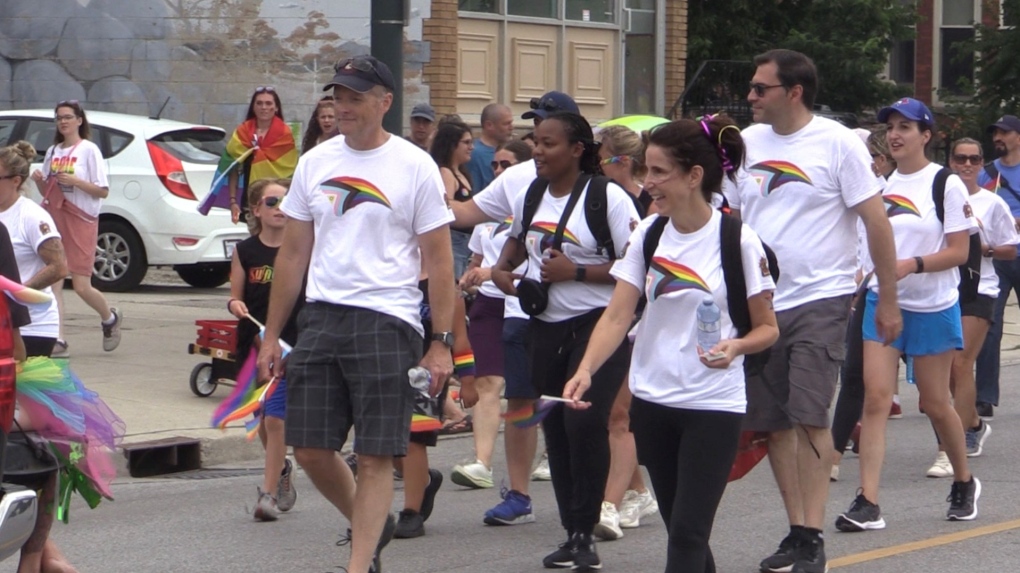 London Police Service walk in the Pride London Parade - Sunday July 24, 2022 (Brent Lale/CTV News London)"We have many officers, both visible and behind the scenes, some of them in uniform and many of us are also marching in the parade. We are here to support the Pride community and some of our own members who are part of the LGBTQ community."

Abdalla says she was confident police would be keeping members of the parade, and spectators safe.

"Wortley Pride and the incident that happened, we are all one community and we support and protect each other," says Abdalla.

Starting on Thursday, eligible Canadians can apply through the Canada Revenue Agency to receive funding as part of the first ever federal dental-care program, and as of Dec. 12 applications will open for low-income renters looking to access the one-time top-up to the Canada Housing Benefit.

Nothing off the table when it comes to Alberta sovereignty act: PM Trudeau

Oklahoma musician Jake Flint died unexpectedly over the weekend, hours after getting married, his publicist says. He was 37.

A judge declared a mistrial Wednesday after jurors said they were hopelessly deadlocked at the trial of "That '70s Show" actor Danny Masterson, who was charged with three rapes.

Grandparent scams are on the rise. Here's how you can protect yourself

Police across the country are seeing a rise in criminals preying on fears of the elderly with what's known as grandparent scams.

A 101-year-old message has been discovered by workers removing the base of a former statue in front of the Manitoba legislature.

Morocco has looked impressive in Group F but Canada has an opportunity to finish its World Cup experience on a high.