'This has never happened before,' 28 million surgeries affected globally: Study 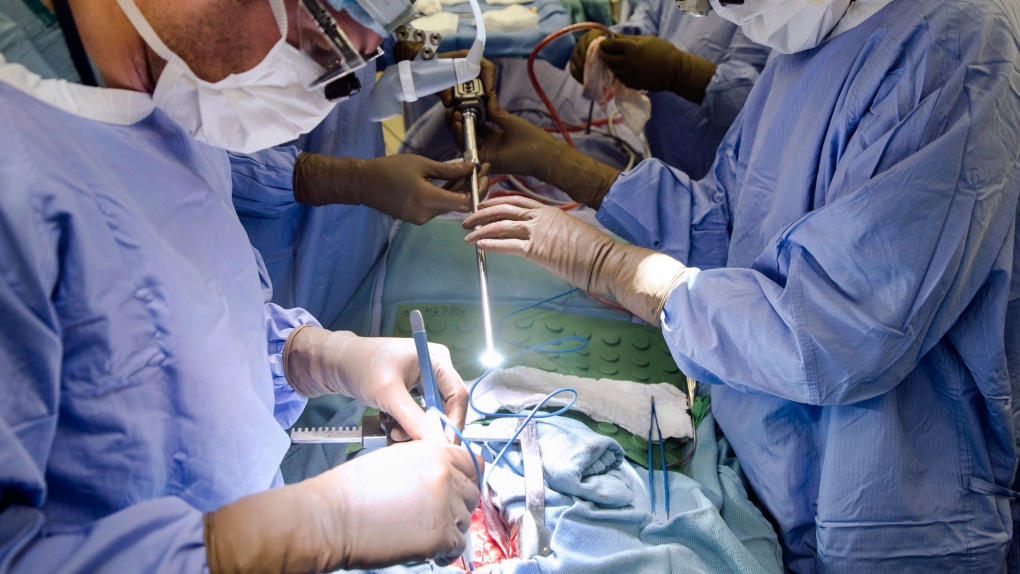 LONDON, ONT. -- A Canadian researcher is sharing the findings of a collaborative study that projects as many as 28 million surgeries have been cancelled or postponed globally due to COVID-19.

Professor Janet Martin of Western University in London, Ont. is part of a study based in the U.K. published in the British Journal of Surgery.

The study showed that over a 12-week period, as many as 28.4 million elective surgeries have been cancelled or postponed, and the number will continue to rise.

The modelling shows that an additional 2.4 million cancellations could occur each week until restrictions are lifted.

“This has never happened before on a global basis in an era where we have the volume of surgery we have today,” Martin said in a statement.

In Canada, the number of affected surgeries so far is approaching 400,000.

Martin says that the study is critical in understanding the impact of the pandemic on the health care system.

In collaboration with lead researchers at the University of Birmingham, the team collected detailed information from surgeons across 359 hospitals in 71 countries on plans for cancellation of elective surgeries.

This data was modelled to estimate totals for cancelled surgery across 190 countries.

The researchers project that worldwide 72.3 per cent of planned surgeries could be cancelled through the peak period of COVID-19.

The majority of cancellations were for non-cancer-related surgeries, with orthopaedic surgeries being most affected.

Despite the majority not being cancer-related, there have still been an estimated 2.3 million cancer surgeries cancelled or postponed.

In Canada, roughly 27,000 cancer surgeries have been affected.

The study estimates it will take 11 months to clear the current backlog.

"Understanding these numbers will help to prepare for post-peak-pandemic in order to start a plan for reopening elective surgery in a way that is safe and manageable," said Martin.

Canadians are already on the move as restrictions slowly lift, data suggests

Ontario significantly expands list of businesses that can soon reopen

Montreal-area elementary schools will only reopen in September, daycares to reopen June 1

'It's devastating': Cross-border couples separated for months due to travel restrictions