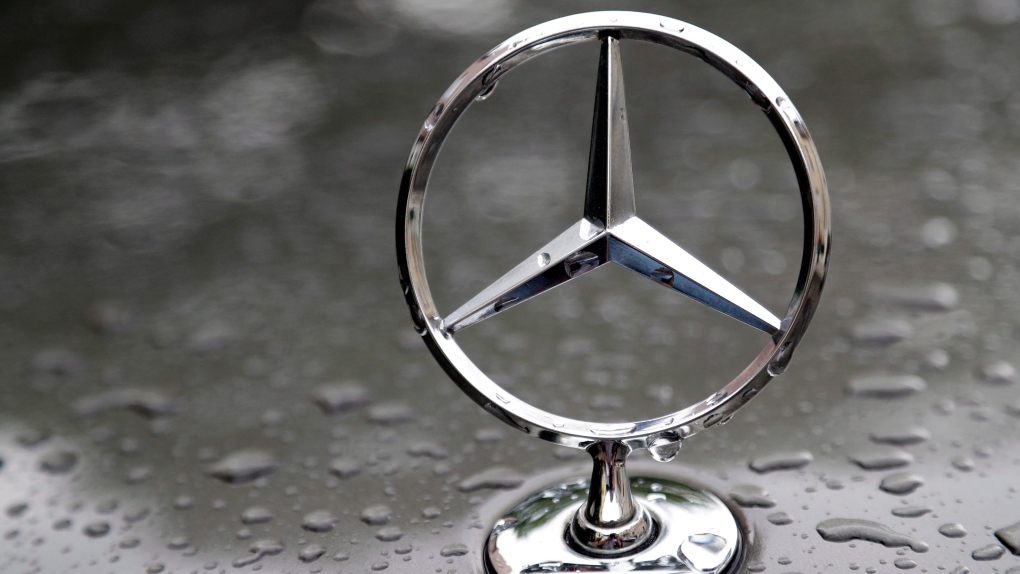 MIDDLESEX CENTRE, ONT. -- A third suspect is wanted in connection with an investigation that saw police deploy a spike belt Monday morning in an attempt to stop a stolen car and led to the arrest of two people.

The entire incident ended in the White Oaks area around 10:15 a.m. Monday. A man and a woman were arrested after a spike belt was deployed on Bradley Avenue near Jalna Boulevard.

The vehicle kept going, turning onto Ernest Avenue, and the two suspects fled but were arrested a short time later.

According to London police, the whole series of events began on Friday, July 31, when a black 2010 Mercedes E550 was stolen from a car dealership in Thames Centre. Licence plates were also reported stolen to OPP the same day.

Then on Monday around 9:50 a.m., two women and a man were reportedly at the home of an acquaintance on Glenwood Avenue, in the Hamilton Road and Highbury Avenue area, when there was a confrontation.

Police say a woman with a gun threatened one of the female occupants of the home, and when citizens observed the altercation taking place they contacted police.

That's when the three suspects got into a black Mercedes and fled the area, while a check of the licence plate found they had been reported stolen.

The car was later located in the area of Marconi Boulevard and Trafalgar Street, "being operated in a dangerous manner," and that's when the spike belt was used.

According to police, a search of the stolen vehicle found brass knuckles, the barrel of a black handgun and .22 calibre blank fire ammunition.

Within 20 minutes of stopping the vehicle, the male and female suspect were located and arrested.

The third suspect, 31-year-old Meghan Aileen Orton, 31, of London, has been charged by way of warrant with:

No one was injured in the incident and the firearm involved has not been recovered.

Anyone with information in relation to the accused’s whereabouts or the incident is asked to call the London police at 519-661-5670 or Crime Stoppers at 1-800-222-TIPS.