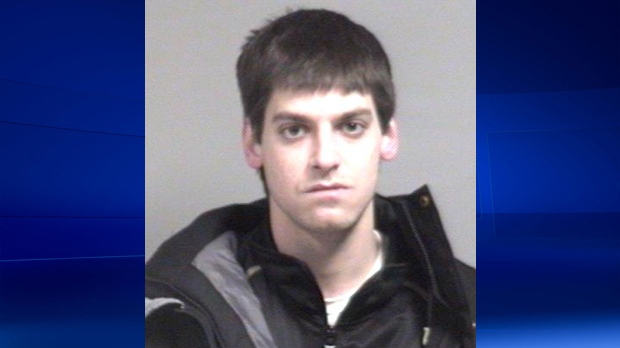 Donald “Donny” Kelly Wilson, 26, is wanted by Owen Sound Police in connection with a string of arsons in the city.

Owen Sound police say 26-year-old Donald 'Donny' Kelly Wilson has been arrested in connection with the string of fires in the city this week.

An arrest warrant for Wilson had been issued Wednesday on 17 counts of arson with disregard for human life, six counts of arson to property and one count of break and enter.

Wilson was arrested around 10 a.m. Thursday in the Oliphant area with the help of Bruce Peninsula OPP.

Owen Sound police Insp. Vince Wurfel said in a statement that the investigation continues, but, "At this point, our investigation indicates that there are no further suspects in relation to the arson occurrences in Owen Sound on August 10th."

On Monday, more than a dozen homes and apartments were torched, leaving over two dozen people homeless and a community on edge.

Owen Sound Mayor Ian Boddy is thanking the police for their quick action in apprehending the suspects.

He is also asking thanking first responders and the community for pulling together.

In a statement he said, "We are all angry, but this is not the time to think of revenge. Let’s focus our Owen Sound passion on helping the victims get back on their feet and healing our community. Please participate in and support the charitable events and fundraisers over the coming weeks."