'Think about the pieces, not the colours': Speedcuber Wyatt Atchison encourages others

LONDON, ONT -- The Rubik's Cube was invented in 1974 by Hungarian sculptor and professor of architecture Erno Rubik from Hungary, who wanted to demonstrate 3D movement. Today, there is a large community of ‘master cubers’ and competitions are held around the world.

“I was averaging about five minutes, it wasn’t great, I had to refer to papers and YouTube videos in order to solve it.”

The 12-year-old began 'speed cubing' just over a year ago, after being introduced to it in school.

Fast forward to today, and he can now complete all kinds of Rubik’s cubes, in different shapes and sizes.

He even took  part in his first competitive World Cube Association tournament in December of 2019. 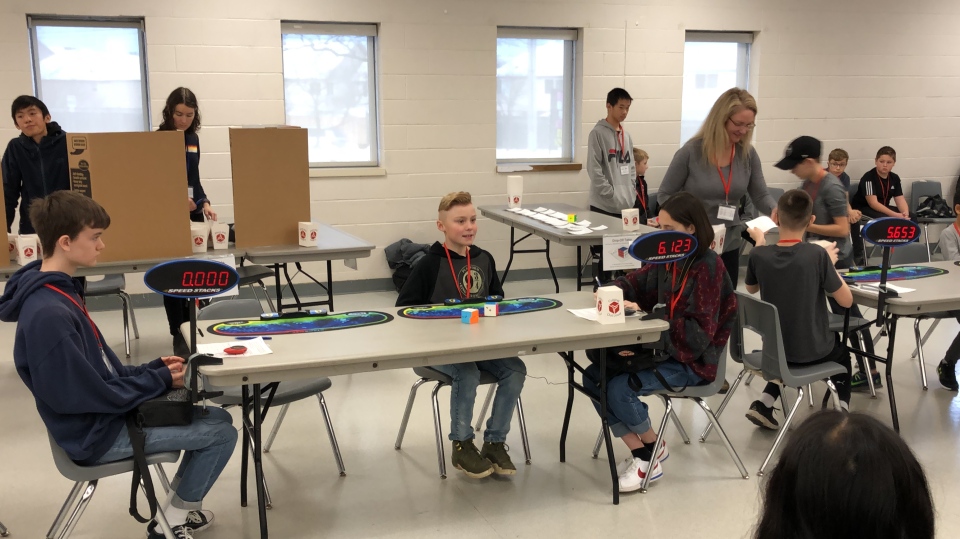 Sarah Strong, a delegate for the World Cube Association (the international governing body of the Rubik’s Cube), who makes sure the rules are followed at the worldwide competitions, says a lot of people are initially discouraged by cubing because they get easily frustrated. But she says there are a lot of resources online to help teach you how to become a master cuber.

“It’s a really friendly community, everyone is super helpful, and even the world-class cubers who are really famous, are out there to help beginners”.

Strong says there are many benefits from learning how to solve a Rubik’s cube.

“Cubing helps a lot with your memory, and problem solving skills, and thinking on the spot. It helps with confidence as well, that surprises a lot of people, and they are like wow you can do that”.

Wyatt says there are over 43 quintillion possible ways solve a Rubik’s cube and once you learn the rotation of the cube, how to turn it in the right way, it’s actually pretty simple. This is because cubing is about each individual piece on its own, and how it fits together as a whole. 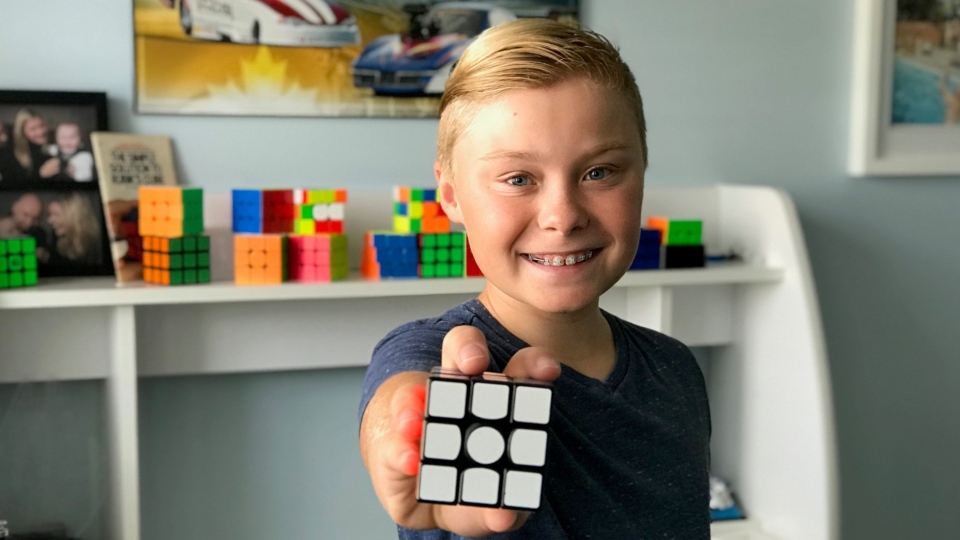 “A Rubik’s cube you don’t solve side by side - you solve layer by layer, so that is how most people get confused with the cube at first. Because if you try to solve it side by side it is very difficult, I tried it myself before I learned how to solve it, it is pretty much impossible”.

Wyatt says there is a common misconception when it comes to cubing.

“The colours don’t really matter, colours are the second thing, and obviously you need to have all the colours aligned to actually solve the cube, but when you’re first thinking about it, think about the piece, not the colours.”

The pandemic has put a halt to in-person competitions, but Strong says there are some virtual competitions being held, one in particular called Cubing at Home

Until the competitions resume in person, Wyatt says he is working on improving his skill level, and even has his own YouTube Channel to help teach others how to master the art of cubing.

“I have been doing this every single day since I learned how - just trying to get better and keep challenging myself so I can compete again."