'These missions are phenomenal': A pair of London pilots get set for a flight north as part of an effort to rescue dogs in need

'These missions are phenomenal': A pair of London pilots get set for a flight north as part of an effort to rescue dogs in need

They are young pups looking for new homes, another consequence of the pandemic. First Nations territories went into lock-down putting spay and neuter programs on hold, and the canine populations grew significantly.

What followed was limited goods coming to the communities and increased costs because of those supply issues.

It increased the burden on families grappling to make ends meet.

Now Jeremy Hall and Angelo Peterson are trying to do their part to help.

The London-area pilots are making flights up north, to Timmins primarily, and returning with pups who get new homes, mostly in and around Toronto.

Most of the dogs have been flown in from places like Attawapiskat, Peawanuck, Kaschechewan and Moose Factory.

“I never though I'd get the opportunity,” said Hall, “But, once it was presented, it's kind of a no-brainer for us. We're always looking to fly the airplane and these missions are phenomenal." 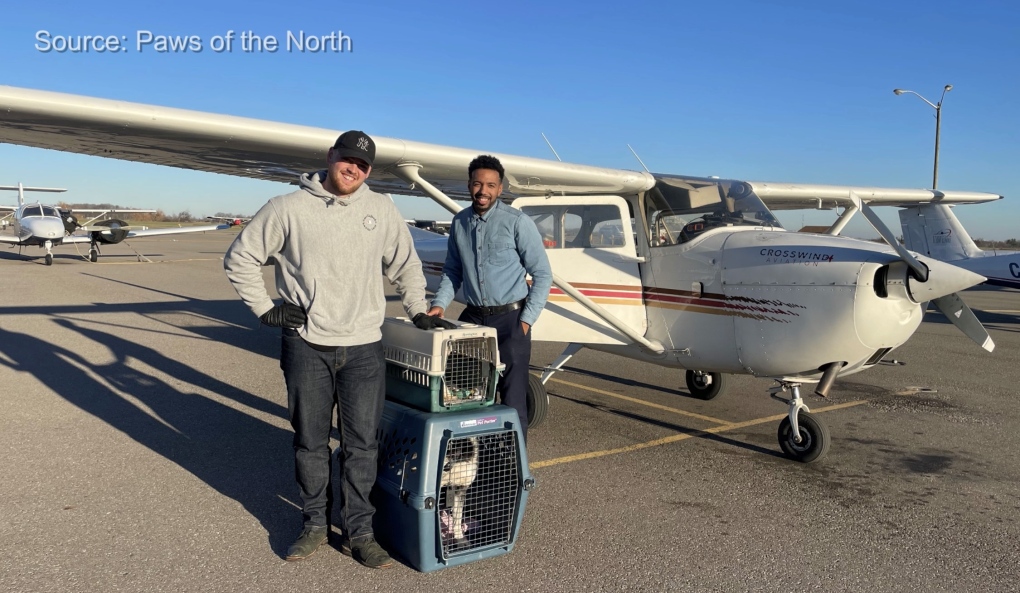 Jeremy Hall (left) and Angelo Peterson picking up dogs in Timmins to be delivered to the Greater Toronto Area. (Source: Paws of the North)

Their first flight, just a few weeks ago, was to bring a dog in serious medical distress back to Toronto for emergency veterinary care.

Peterson says it was a heart wrenching experience to see an innocent animal, with its mouth wired shut and requiring a feeding tube, being loaded into the plane, “We flew her down. She got hit by a car up in Moosonee. That was a bit more emotional for me because you never really think of it," he said.

The dog, Jessie, survived and has since found a new home. Paws of the North Rescue Executive Director Holly Marko sai if Jessie had to be driven back to Toronto, she likely wouldn’t have made it.

"All the communities that we work with are fly-in only, so they're very remote,” said Marko.

She launched Paws of the North in 2020. She explained that the organization also helps bring supplies that help owners care for dogs that remain in community. 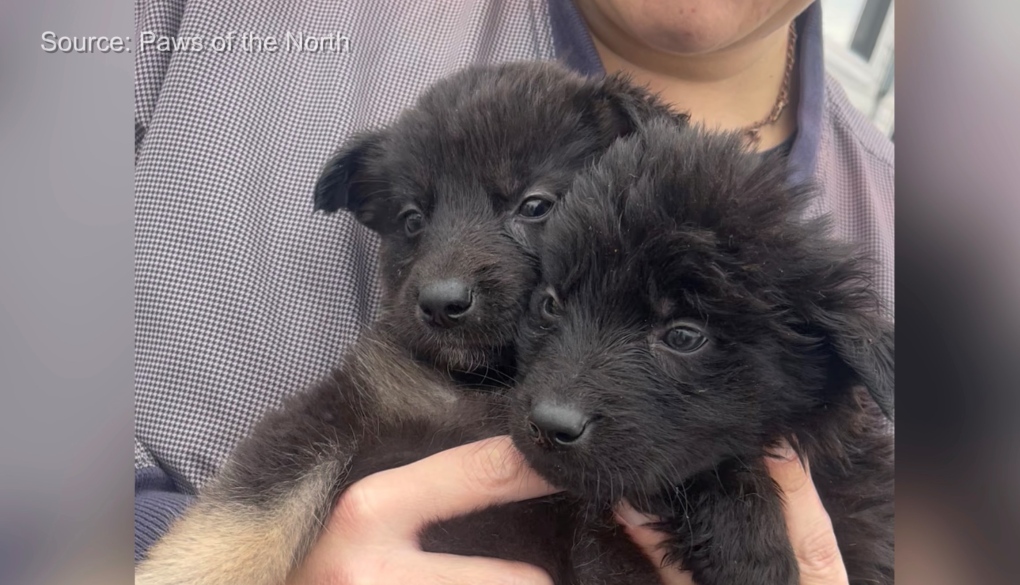 Communities unable to conduct spay and neuter programs during the pandemic lockdowns have seen dog populations grow significantly. (Source: Paws of the North)Hall was amazed at how well the pups took to flying, "They're happy. They look out the window sometimes. I don't know what they're going to be thinking but it's great they don't have to be in the cargo hold of some commercial airline. They can just look out the window in the back seat of our little airplane," he said.

Hall and Peterson are planning to become commercial pilots. These flights also help them build hours in the air as they work toward that goal.

Hall is currently an instructor at Crosswind Aviation, located near the London International Airport — Peterson is one of his students.

Hall said they want to continue this work no matter where their career path takes them.

They're currently fundraising for upcoming trips up north, hoping to go at least once every two weeks.

"We're trying to get donations to do this trip more and more often,” Hall said. “It's not just bringing dogs down, it’s bringing stuff up to these communities as well."