'There's an assumption that people in hospital aren't using': Ontario hospital leading the way on harm reduction for users 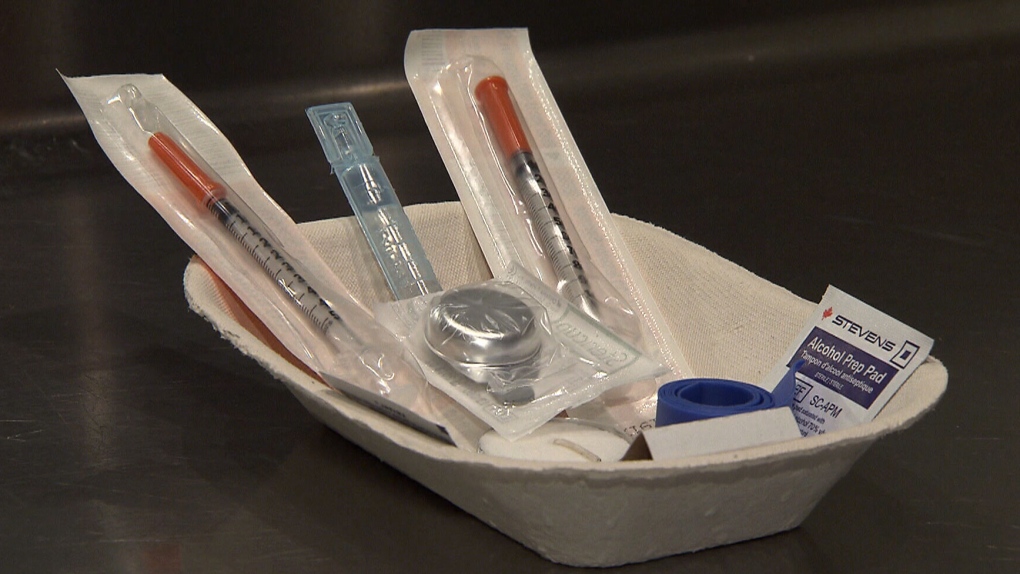 LONDON, ONT. -- London Health Sciences Centre (LHSC) will become the second hospital system in North America to use harm reduction strategies, such as safe injection sites, for patients who use methamphetamines.

“There is an assumption that people in hospital aren’t using,” said Dr. Michael Silverman with Lawson Health Research Institute (Lawson) in a release.

“But in fact we’ve found that almost 50 per cent of patients are injecting drugs during their stay.” Silverman added they believe that number to be an underestimate due to those not willing to admit they are using while in hospital due to stigma.

According to Lawson, recent studies out of London, Ont. have found that patients using in hospitals have a greater risk of infection than if they use in the community.

Harm reduction strategies such as safe injection sites are already in use within the community.

In November, a permanent safe injection site at 446 York St. in London was given final approval from the province of Ontario.

“Harm reduction strategies are rarely used within hospitals in Canada. The current standard of care does not allow the use of illicit substances in hospitals as the safe consumption of substances requires an exemption under section 56.1 of the Controlled Drugs and Substances Act from Health Canada,” explains Dr. Cheryl Forchuk with Lawson.

There are only five known hospitals in the world that use harm reduction strategies with LHSC being the second in North America.

Lawson findings show that patients are more likely to get an infection from substance use in a hospital. Many will also leave hospital against medical advice to use.

“People aren’t able to access safe ways to use substances and they are doing it in secret, so it’s not the best way to do it to prevent infection. There are also gaps in support for withdrawal and other addiction services,” said Dr. Silverman.

The research team will lead a four-year project with hopes of recruiting about 360 adults aged 16-35 years with past experience or current use of methamphetamine, including inpatients, outpatients and those in community outreach programs.

Roughly 180 health care and service providers will be recruited to share their perspectives on harm reduction strategies.

After the consultation phase in the first year, with approval from Health Canada, the identified set of strategies will be implemented within LHSC and St. Joseph’s hospital sites.

You can watch a video regarding this announcement below: