The garage is only half-full at No. 7 Fire Station in the north eastend of London, Ont.

The pumper truck that services the Huron Street and Highbury Avenue area went in for repairs and was not replaced.

"The front-line firetruck that would normally go to medical responses first-hand, for fire attack, vehicle accidents, anything that a fire truck responds to is no longer available," says Jason Timlick, president of the London Professional Firefighters Association (LPFFA).

"So 80,000 pound ladder truck that responds differently to structure fires is now responding for all the calls in that district. It is considerably larger, heavier, and its capabilities are not meant for that wear and tear running to those calls."

Timlick says trucks typically are lost for service for a few hours a day, but this is now day three. He's had conversations with Ward 3 Councillor Mo Salih, and is encouraging the public to ask questions. 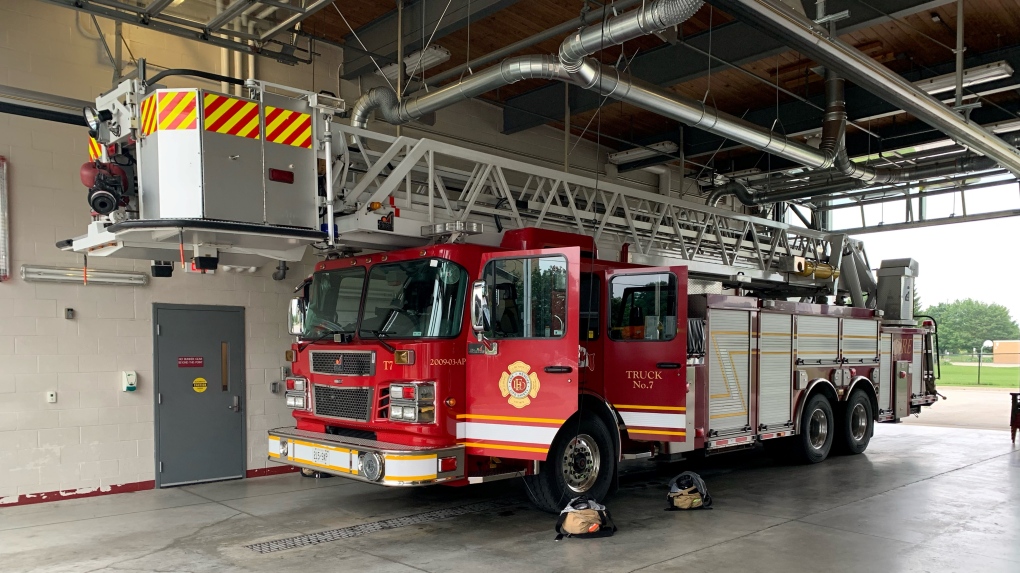 No 7 Fire Station in London, Ont. down to 1 Fire Truck with pumper truck out of service and no replacement available (Brent Lale / CTV News)

London Fire Management told CTV News it wasn't available for an interview, but did respond to questions via email.

"Two of these spare Engines are out for maintenance. The remaining two available are in service in place of the regular engines that are out of service".

With no pumper available, No. 7 station has just an aerial truck which contains limited water.

"Although there are changes to deployment, there are no changes to our ability to manage emergency calls in a timely manner," says Hayes.

"Pump capacity, water supply, equipment, and personnel are readily available if needed. For any fire emergency, a number of apparatus are deployed. The first thing that the unit who is first on scene does is size up the situation to determine the best strategy for response. As additional crews arrive on scene, one of the first actions is to ensure an adequate water supply. This means that crews would connect to a hydrant before any fire personnel were deployed into a fire."

Timlick says their mechanics and apparatus division do an amazing job, but despite their best efforts, the vehicle could not get back on the road in a timely fashion. 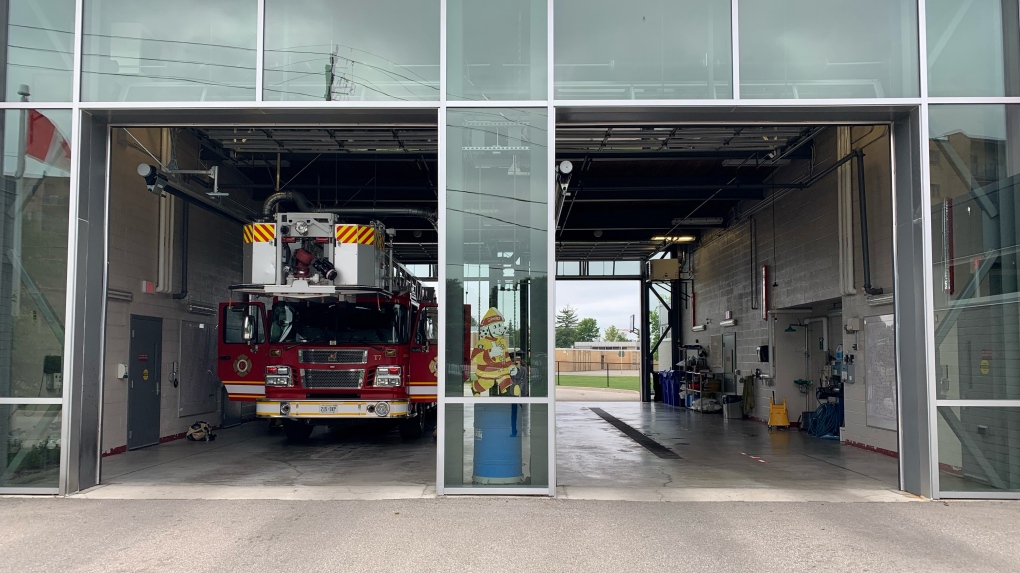 No 7 Fire Station in London, Ont. down to 1 Fire Truck with pumper truck out of service and no replacement available (Brent Lale / CTV News)"Our understanding as an association is that Fire Administration has been aware that this is could be a pending problem for a large amount of time, and we knew this was coming down the pipe and it happened so we want to make sure the public is aware," says Timlick.

''Ultimately we don't control the fire department budget or the city budget and how it's spent but we definitely feel that some money should be allocated which I believe it is to replace an aging fleet, so this doesn't ever happen again."

Hayes says a spare engine will be freed up Monday and can be reassigned so Engine 7 can return to Station 7.

NEW | Conservatives divided on fate of O'Toole, as party's MPs call for unity

Health officials in Ontario are reporting another 653 cases of COVID-19 Sunday as well as six additional deaths related to the disease.

Canada's only female defence minister was in 1993. Is it time for another?

Prime Minister Justin Trudeau is being urged by several experts on sexual misconduct in the military to name a new defence minister as he sets about building a new cabinet following Monday's federal election.

Amid calls for his resignation, MP-elect Kevin Vuong reiterated that he plans to represent Spadina-Fort York as an independent in the House of Commons.